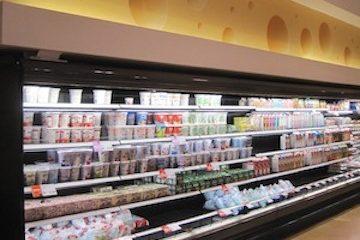 Canadians hoping their weekly grocery staples like milk and eggs may soon cost less thanks to a new trade deal that opens up Canada's dairy industry may be out of luck. Experts say the trilateral agreement between Canada, the U.S. and Mexico is unlikely to bring prices down, but could leave shoppers with more choices in the dairy aisle.

Canada implemented supply management in the dairy industry in the 1970s, which sets quotas on production based on anticipated demand. The government decides how much farmers are paid for their production and blocks out foreign production with high tariffs.

Prior to the new deal, experts said Trump did not necessarily want to dismantle supply management, but rather was more angered by milk classifications like Class 7. These will be eliminated under the new deal.

The standard four-litre bag of milk is a loss leader for most grocers that sell it below the price needed to make a profit, he said. Additionally, a high proportion of cheese and butter is on promotion at any given time, he said.

The new deal's elimination of Class 7 milk--ultra-filtered or diafiltered milk that is essentially a protein-heavy concentrate used to make cheese and other dairy products--is the biggest news item, said Sylvain Charlebois, a Dalhousie University professor who is the lead author on an annual food price report, estimating how much grocery and restaurant prices will rise or fall over the coming year.

In 2016, Canada created the Class 7 pricing agreement that has essentially restricted U.S. exports of the product. It allows Canadian dairy processors to buy domestic milk at cheaper world market prices instead of higher prices controlled by the national supply management system.

Eliminating that class would allow processors to become more competitive and potentially give grocers room to bring down prices, Charlebois said.

"It doesn't necessarily mean that consumers will reap the rewards or that the sector will pass on savings to consumers," he said.

If cheaper products than what's available in Canada come in on the wholesale market, said Mussell, grocers will just eat less of a loss on their dairy promotions or loss leaders.

The Dairy Farmers of Canada, which released a statement from its president saying the deal "will have a dramatic impact" on the sector and farmers, can't answer if there will be any changes to consumer prices, wrote spokeswoman Lucie Boileau in an email.

The Canadian Dairy Commission did not respond to a request for comment about how the new deal may impact consumer prices. The commission sets support prices for butter and skim milk powder, which provinces use as a reference to establish provincial prices for industrial milk.

The one positive for consumers--at least those in bigger markets such as Toronto or Vancouver--may be more choice in the dairy aisles, said Mike von Massow, an associate professor at the University of Guelph. He adds there won't be a substantial change in retail prices.

Von Massow points to the cheese aisle as an example of increasing variety. Growth has been small, he said, but there's a broader range of product now than 15 years ago.

Since Canada entered the Comprehensive Economic Trade Agreement, or CETA, with the European Union and allowed more European cheese to be imported into the country, he said, there's been growth in varieties available.

"We're seeing a wider variety of cheeses than we've ever seen before rather than the bottom falling out of the cheese market."