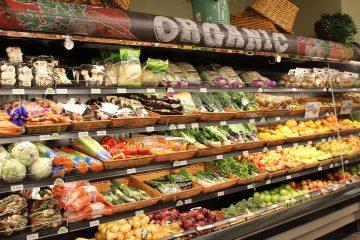 “From what consumers are telling us, it’s a good news story for organics,” says Joel Gregoire, associate director of Food & Drink at Mintel, referring to the company’s Natural/Organic Shopper Canada 2018 report. “In the last year we saw that 28% of Canadians were buying more organic food and beverages.” That makes sense considering organics now comprise 2.6% of all grocery food and beverage sales, according to the Canada Organic Trade Association, and two-thirds of Canadian consumers now purchase organic products each week.

As organic food and beverages increasingly move from a niche category to the norm, selling through mainstream grocers and reaching a much wider audience, consumers are already looking for the next wave of innovation in organics. And they’re demanding more variety and value-added attributes.

“Everyone buys organics now,” says Tara Longo, co-founder of The Healthy Butcher and chief retail officer of Fresh City Farms, which acquired the Toronto grocer in May. “One of our biggest groups of consumers is aged 60 and above. They’re having health issues, and are now going back to basics with their food.” Parents with children at home also tend to buy more organic food and beverages, adds Gregoire, as do consumers between the ages of 18 to 34.

Canadians buy organics for different reasons, but generally they associate these products with health, “natural” and “free from” claims. “In addition, we found that the statement people are most likely to agree with, with respect to organic and natural claims, is that they are safer,” says Gregoire.

According to Euromonitor International’s 2019 Health and Nutrition Survey of 20 worldwide markets, the top five reasons consumers choose organics are: they are better for me (57.6%); they make me feel better (52%); food safety concerns (50.1%); digestive health (49.1%); and environmental concerns (45.8%).

“A primary driver is the avoidance of harmful synthetic pesticides and herbicides,” says Maureen Kirkpatrick, quality and standards program manager for the Big Carrot Community Market in Toronto. “People increasingly see organic agriculture as a refuge. The desire for transparency is also a factor—people want more transparency in their food system. A regulated, third-party verification system such as Certified Organic provides that transparency and increases trust.”

Stan Smith, co-founder, co-owner and president of Abbotsford, B.C.-based Silver Hills Bakery, agrees. “Growing consumer awareness and interest in cleaner and transparent labels is certainly helping to drive demand for the organic food and beverage industry as a whole,” he says.

“Consumers—millennial consumers in particular—are doing much more research into what ingredients they’re putting in their bodies, ultimately becoming more intentional about choosing foods that carry the Certified Organic seal.”

All food and beverages making an organic claim and sold interprovincially must be third-party certified according to the Canadian Organic Standards. Products that contain at least 95% organic ingredients may also display the Canada Organic logo. Multi-ingredient products can make organic claims on their label or in ingredient lists depending on the percentage of organic ingredients used. Certified organic production prohibits the use of pesticides, synthetic fertilizers, antibiotics or hormones, animal cloning, GMOs, biosolids and irradiation; and certified organic products must be free from artificial colours, flavours, sweeteners and preservatives.

According to Gregoire, fresh fruit and vegetables are still the top-selling organic food and beverage items, followed by meat. Organic confectionery has fallen in popularity, as consumers increasingly avoid sugar and understand that not all organic products are equally nutritious. Euromonitor’s March 2019 Organic Beverages in Canada report cites organic coffee, which grew by double digits in 2018, as “the most dynamic” organic beverage category, with organic tea close behind.

As organic categories mature, more processed products are entering the market to meet consumer demand for variety, as well as additional benefits such as convenience, portability, and more sophisticated, sustainable packaging. Overall, the retail value of the packaged organic food and beverage market in Canada jumped 43.4% between 2013 and 2018, according to Euromonitor.

At the Big Carrot, several grocery categories are now almost entirely organic, including produce, bulk, baby food and coffee. Kirkpatrick says organic dairy is a huge seller, while in the centre aisles canned beans and tomatoes, pasta and cereals are all strong performers. She sees healthy fats and plant-based foods gaining ground within organics, adding that “you see both coming together in a third notable trend, which is nutrient-dense convenience food.”

Longo believes there will be more acceptance of prepared and processed organic products as more suppliers come on board and the cost of organic ingredients continues to fall. “The industry is really catching up. Now you’re seeing whole lines of awesome organic pastas ... and clean protein snacks like beef jerky,” she says. The Healthy Butcher has had great response to its organic quinoa salad, organic steel-cut oat breakfast cup, and organic jerky. Longo also sees growth potential in grab-and-go items like freshly prepared organic juice, cut-and-packaged organic fruits and veggies, and grass-fed, certified organic meat.

Julie Lamontagne, communications advisor for Les Viandes du Breton, agrees that with wider distribution through mainstream supermarkets, “sales volumes make prices more affordable.” The pork producer “completed the transformation of all its farms to organic, Certified Humane and GAP 5-step standards in 2018 in order to meet the growing consumer demand for organic products,” says Lamontagne, noting the duBreton brand’s organic sales reached double-digit growth in the past year, led by its top-sellers—sausages and ground pork.

While organic meat may still be more expensive, “Our consumers are sensitive to animal welfare and are willing to pay more for a responsible and ethical agri-product,” says Lamontagne. Du Breton’s newest organic offerings include specialty prepared foods like “cretons” (a popular meat spread in Quebec), shaved ham, liver pâté and country-style pâté.

At Silver Hills Bakery, 14 of its 22 products are certified organic, while the other eight are made with 75% to 95% organic ingredients. And since 2017, all Silver Hills Bakery products have also been certified glyphosate residue free and have displayed the BioChecked Non Glyphosate Certified seal. “We think the next evolution of organics will be the glyphosate-free movement, an added assurance of the avoidance of pesticides,” says Smith, who explains that glyphosate, an ingredient in conventional weed killers, “is considered ‘probably carcinogenic to humans’ by the World Health Organization.”

For grocers considering adding prepared organic products, The Healthy Butcher’s Longo suggests doing lots of demos, discounts and sampling so consumers can develop trust in the products. And be prepared with merchandising messages that inform customers of the healthy attributes of organics. “We do a lot of community education to build awareness of the Canada Organic logo,” adds Big Carrot’s Kirkpatrick. “Giving shoppers the tools to know what to look for goes a long way in growing the market and building a loyal customer base.”