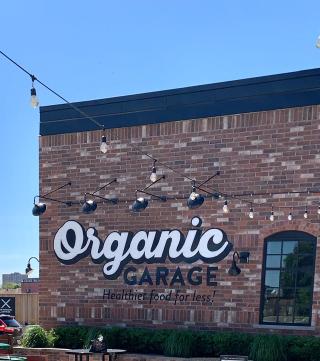 Organic Garage reported record results for its fiscal year ending January 31. The Toronto-based retailer, which focuses on health and natural products and operates four retail locations and a distribution centre, notched a 25.3% increase in sales to reach the $30.3 million mark.

During that same timeframe, Organic Garage increased its gross profit to $8.9 million from $6.7 million. The retailer had an EBITDA of $2.8 million compared to a $1.8 million loss and its cash position improved to $1.6 million from $0.2 million.

“This has been a transformational year for our company, marked by notable growth and change across multiple fronts,” said CEO Matt Lurie, in a press release announcing the grocer's yearly results. “Top line revenues increased significantly quarter-over-quarter in each quarter this year, while at the same time, operating expenses were reduced in spite of incremental COVID-19-related costs that we incurred to ensure the safety of our customers and staff. Our year-over-year working capital and cash positions have improved remarkably, setting us up for continued success in 2022.”

To Lurie’s point, the company is working to expand its presence while continuing to grow sales and profits. A new location in Toronto's Leaside community is scheduled to open later in 2021, following Organic Garage’s move to a decentralized distribution centre and warehouse that are expected to save the retailer more than $1 million a year.

Earlier this year, Organic Garage acquired plant-based cheese company The Future of Cheese, which is set to unveil its first three alternative cheese products in the coming months.

This article appeared at ProgressiveGrocer.com.