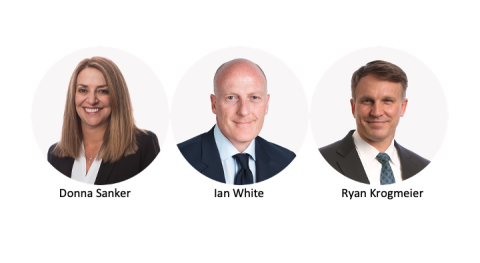 Ian White is promoted to president of Parkland Canada, as part of a realignment of the company's leadership team.

Donna Sanker moves to the U.S. to succeed Doug Haugh, while Ryan Krogmeier is now senior vice-president of supply, trading and refining for Canada and the U.S.

Haugh stepped down earlier this month after five years at the helm. Initially COO Jay Erickson stepped in as interim leader, but the company announced that Sanker is now president of Parkland's USA division.

“Having led our Canadian segment since 2019, Donna has provided strong leadership and has strengthened our Canadian business,” Parkland announced in a video posted on LinkedIn. “As president of our USA segment, Donna will now lead and support our U.S. team and strengthen our ONE Parkland culture.”

White previously held the role of SVP of strategic marketing and innovation for Parkland. He joined the company in 2014, leading the integration of several acquisitions (including M&M Food Market), the launch of Parkland’s Journie rewards program, the expansion of On the Run network of stores, the evolution of Parkland's EV efforts and other programs.

Krogmeier has been Parkland’s SVP of supply, trading and refining since 2018, however he will now also lead Parkland’s U.S. Supply Co. Prior to joining Parkland, Krogmeier he worked with Chevron for more than 13 years.