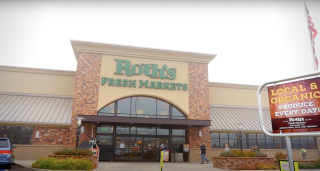 Pattison Food Group continues to grow in the U.S.

A Pattison release announcing the Roth's-Chuck's deal said both companies share the same values and “believe in supporting local first and are committed to delivering the freshest local products to their customer.”

Chuck’s Produce and Street Market will retain its name and employees, and report to Roth’s president Tim Jennings.

Pattison Food Group was created last year after all of the grocery businesses owned by Pattison were brought under one umbrella. The company said at the time the move was about lowering costs and finding efficiencies, while still allowing each business to operate under its existing management teams.