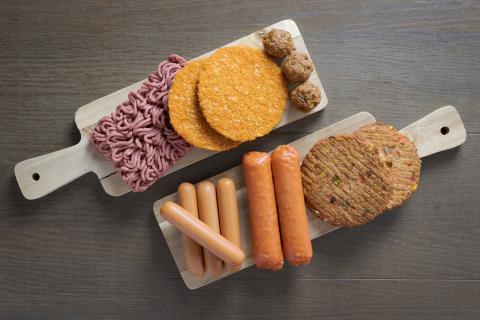 It’s not cheap being green.

While interest in plant-based meat alternatives remains high, these products typically command a premium at grocery stores. But, with the cost of real meat soaring, the Agri-Food Analytics Lab at Dalhousie University wanted to find out if there’s still a price disparity among protein products.

“Plant-based proteins have always been kind of expensive because they’re fairly new. It’s only in the last five years or so that [companies] have upped their game to offer products that are recognizable, palatable and easy to prepare,” says Janet Music, research program coordinator, Agri-Food Analytics Lab, Dalhousie University. “With rising meat costs, we wanted to see if the reputation that they’re more costly is still founded. It turns out that even with meat prices rising through the roof, it’s still more expensive to eat [plant-based alternatives].”

In partnership with BetterCart Analytics, the study looked at meat categories for which plant-based alternatives (or what the researchers call “vegetable protein analogs”) exist. In all cases but one, plant-based products are more expensive.

The category with the highest difference is chicken nuggets (+104%, or $2.74 for the plant-based version versus $1.34 for the meat version).

Turkey is the only category where vegetable-based analogs are less expensive (-12% $3.20 versus $3.63). Overall, when combining all categories, plant-based protein products are 38% more expensive than comparable, animal-based products.

The researchers were a bit surprised by the findings. “We’ve been talking about the rising cost of meat for at least eight months now, so you would think it must be evening out, but that’s not the case,” says Music. “In fact, in some categories, it’s much cheaper to buy animal proteins than vegetable proteins.”

The study also compared averages among provinces. In all cases, animal protein-based products are still more affordable than their plant-based counterparts. The lowest meat price average in the country is in Newfoundland and Labrador ($1.74), followed by Manitoba ($1.79). Meat is most expensive in P.E.I. ($1.91).

For comparable plant-based products, the most expensive province is Ontario ($2.69), while the most affordable are Newfoundland and Labrador ($2.21) and P.E.I. ($2.24).

Music points out that when brands like Beyond Meat exploded on the scene, it was a coup for them to get placed in the meat counter. “But they’re still expensive to buy, so I don’t know if your average family with two or four children is buying Beyond Meat burgers to feed the family. It could be cost prohibitive for some people,” says Music. “So, [the results] aren’t that encouraging if we want to encourage people to eat more plant-based proteins.” And with veganism and vegetarianism still being fairly niche diets, “at these prices, [these diets] aren’t going to just become normalized,” adds Music.

Methodology: Using machine learning and artificial intelligence, the survey examined over one million discrete price data points across the country from Jan. 1 to March 31. A total of 55 products were included in the survey, and prices at stores operated by Loblaws, Sobeys, Metro, Walmart and Save-on-Foods were analyzed across 10 provinces.