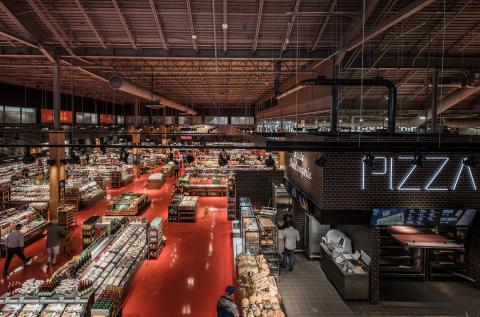 Provigo has launched a new concept for its Provigo Le Marché banner, with a more than $5.6 million investment to remodel its existing store in Kirkland on the West Island of Montreal.

The concept, which puts the focus on ready-to-eat meals and local fare, will be introduced to other Provigo Le Marché stores.

“When the Provigo Le Marché concept was launched 10 years ago, it revolutionized the grocery shopping experience,” says Johanne Héroux senior director, corporate affairs and communication at Loblaw. “Ten years later, we felt the need to bring this experience to the next level.”

Provigo has added 3,600 products, 2,500 of which are from Quebec. Products from nearly 140 new Quebec suppliers are being sold in the store.

“The pandemic changed customers' shopping habits” and they’ve rediscovered cooking and eating at home. “They also realized more than ever the importance of buying local.”

The Kirkland store remained open during renovations, which lasted several weeks, and “were aimed at optimizing the space to offer consumers a faster, friendlier and more convenient shopping experience.”

The store has been downsized from 80,000 to 61,000 square feet. “Customers are now looking for a quicker shop,” Héroux says.

Although the store is smaller, the variety of offerings has been increased by redesigning the layout, reorganizing shelf space, adding elevated shelves and reducing the number of facings, she says.

Hundreds of local deli, meat, fish and seafood products, natural products and condiments have been added.

Joe Fresh apparel has been moved to the second-floor mezzanine, which is accessible by stairs or elevator.

Among the changes are an expanded selection of sushi, poke bowl and pizza sushi, more varieties of gourmet sandwiches and lobster rolls and additional choices in the salad and soup bar.

Ten types of Roman-style pizza, made with hand-stretched dough and fresh ingredients, are baked in-store in a stone pizza oven.

New trends, products and technologies will be tested in the flagship Kirkland store and extended to other stores, where feasible, Héroux says.

More than 110 jobs have been added to the Kirkland store, bringing the employee count to 300.

The Provigo store in Nuns’ Island in Montreal will be the next store to be remodelled.