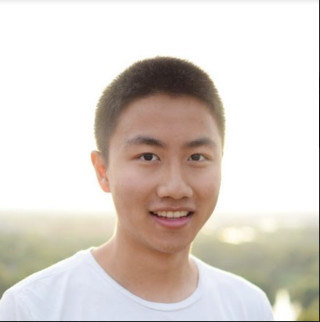 Ultra-fast grocery delivery service Ninja Delivery, which promises to get grocery staples to customers within as little as 10 minutes, recently secured $2.8 million in funding. Canadian Grocer spoke with co-founder and CEO Wesley Yue about what’s next, and why we need 10-minute delivery, anyway.

Here are edited excerpts from the interview:

Why do we need 10-minute delivery? Isn’t an hour, a day or half-day enough?

Once people try the service, they’ll get used to it, and that’s going to be the habit they build and the expectation they have. If they say ‘I have to make dinner tonight. What are my options?’ It’s no longer just ‘I have to go Loblaws and pick up salmon.’ They can just go to Ninja and get something in 10 minutes. Once people have tried it, I think they’ll tend to keep purchasing with us.

In Waterloo [where the service launched in September] it’s very student heavy. In Toronto, it’s much more diverse and a wider range of customers. A lot more people care about gluten-free or organic options [and] high-quality items.

Our basket size is probably in the high $20s, and our best sellers are probably very similar to what the best sellers in a grocery store would be: Eggs and milk are top sellers across all of our stores, and toilet paper is also a big one. After that there’s a good variety of ice cream that sells quite well, then it’s the produce and meat categories and then drinks, chips, candy and whatnot. 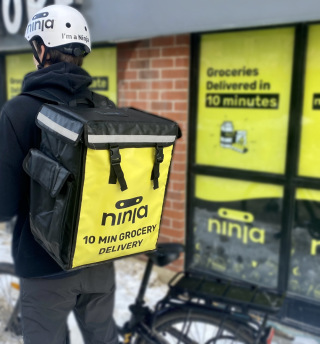 How would you describe your product selection?

As a percentage of our SKUs, we offer a lot more products from small, independent, local shops that might be startups themselves that are trying to launch a cool ice cream or pizza or things like that. We have about 1,400 SKUs in each of our stores right now. Our goal is to get to 2,500 by the end of the year.

What are your expansion plans? Have you considered smaller communities, or does this model only work in dense urban areas?

I think anywhere a Domino’s Pizza would work, this model would work. Our Waterloo store is the definition of suburban, and it performs nearly as well as our [two] Toronto stores. The only difference is that the Toronto stores grow faster because there’s higher customer density. We think this model can work everywhere, but we’re going to focus on the super-dense urban areas, just because that’s the low-hanging fruit.

You’re operating out of so-called “dark stores.” What are you looking for in a property?

The thing about our model is that we have tremendous flexibility in terms of the real estate we can take. In Toronto, we will find leases where nobody else wants them. One lease that we signed, the building is going to get redeveloped in a year.

No restaurant is going to go in and put in stoves, etc. so as a result we’re getting shorter leases than usual at way cheaper discounts. We just have to put some fridges and shelves in, and we’re good to go.

As long as it’s in a good location and there are 1,500 to 3,000 square feet to work with, we can make it work. We can make everything super-condensed, make the aisles tight and work with any kind of real estate we can find.

What are your expectations from a competition standpoint? You’re a nascent player in Canada, but is this a segment an Instacart or legacy grocer could enter, for example?

I think you need to have a lot of focus to make this category work. The age-old question is ‘What if somebody bigger than you builds this?’ The answer typically is that they just don’t care enough to build it. There are so many internal [challenges] those organizations are going to have to overcome to completely change their model to create something like this.

Uber or DoorDash are asset-light businesses that don’t want to have to figure out how to stock things, how to build [product] assortment and make warehouses work. I don’t think any of the legacy grocers are going to enter this category, even though we see them as the biggest competition. I don’t think they have the agility to respond [or the ability] to build a totally different model to compete until it’s too late.