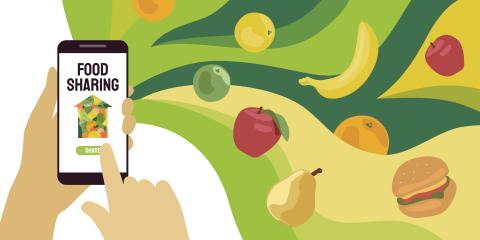 Empire Company Limited will implement the Second Harvest Food Rescue app in its more than 1,500 Sobeys, Safeway, IGA, Foodland, FreshCo and Thrifty Foods locations, plus Voilà, nationwide over the next 18 months, as part of the company’s goal to halve its food waste by 2025.

The food rescue app enables businesses with surplus food to easily connect with non-profits that need it. Developed with funding from the Walmart Foundation, the app was launched in 2018 and is now available in every province and territory. “The great thing about this program is that it allows us to donate more fresh food and that’s what we would obviously prefer—to feed families and not landfills,” says Eli Browne, director, corporate sustainability at Sobeys.

Browne says food rescue represents one of the best opportunities to achieve its goal to cut food waste by 50% by 2025 (compared with 2016). The app’s simplicity in matching available surplus food with community organizations that need it makes it “the eHarmony of food,” says Second Harvest CEO Lori Nikkel.

Empire completed a successful 12-week pilot project starting last July using the app in 16 stores in Saskatchewan, Manitoba, Northern Ontario and British Columbia. During the pilot, the company donated more than 94,000 meals to more than 30 community organizations. Baked goods, bread, produce and dairy were the top donated items, followed closely by proteins. Some stores were able to donate fresh food they never could before, Browne says.

The app will be deployed on a banner-by-banner basis, starting with Sobeys. “We intend to have all of our grocery banners, warehouses and our Voilà customer fulfillment centre completed within the next 18 months,” Browne says. To help stores adopt the app, the company will have a dedicated food rescue coordinator who will provide support to stores and community organizations, she adds.

Once implemented, Empire expects about 31 million pounds of food will be rescued annually. This will divert the equivalent of approximately 41 million kilograms of greenhouse gas emissions annually.

Aside from connecting surplus food with the places it needs to go, the app provides trackable information on the amount of food rescue in each store, Browne says. Second Harvest’s Nikkel explains that information includes the monetary value of the food and the amount of greenhouse gas emissions that are being averted through donations.

Empire’s food rescue partnership with Second Harvest will have “an enormous impact,” Nikkel says. “They’re showing leadership here. When they can do something, it encourages other businesses to do it as well. And that’s really important.”