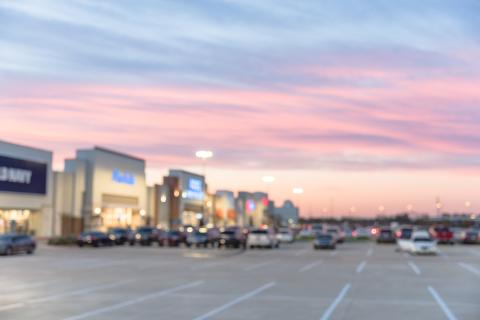 RioCan Real Estate Investment Trust is seeing strong demand for retail space, even as companies work to recover from the effects of COVID-19 and cope with rising inflation.

Jonathan Gitlin, the real estate company's chief executive officer, said earlier this week that the demand was stemming from a lack of new and well-positioned retail space built over the last decade, and is coupled with retailers who have evolved their thinking during the pandemic.

"There has been significant recognition by a lot of our tenants that they need the brick-and-mortar elements to make their whole infrastructure work," said Gitlin said on a call with analysts.

"We are seeing more tension in the negotiation process that favours the commercial landlord and certainly, RioCan."

Those observations come as many retailers have welcomed back customers for in-store shopping and dining, but are still working to recoup enormous losses encountered during the health crisis and steel their business for the next unexpected calamity.

The recovery is particularly evident in areas like downtown Toronto, where RioCan owns several properties and has more on the way, but lease and sale signs still hang from many windows in areas that were among the most desirable pre-pandemic like the financial district.

But RioCan, which owns 204 residential, office and retail properties, is not being plagued by a lack of tenants.

It reported a committed occupancy rate of 97% in its first quarter, up from 95.8% during the same quarter last year, when onerous COVID-19 measures were still largely in effect.

Its rent collection rate stood at 99.1% for the quarter ended March 31, in line with pre-pandemic levels and a reversal from the last two years, when some tenants sought rent abatements or deferments.

He has noticed the market tipping in favour of landlords as multiple offers are being made on the same retail units and tenants are looking years ahead at properties they can move into, allowing RioCan to eke out better deals.

There are also a slew of tenants from abroad eyeing the trust's properties.

"We are seeing an influx of Americans starting to kick tires again...a whole lot of new tenants from Europe as well,'' he said, on the same call as Gitlin.

Many of these tenants are smaller fashion boutiques looking for high-street locations or quick-serve, sit-down restaurants "pushing in hard" and internationally-owned entertainment or virtual reality venues looking to bring something new to a market lacking domestic providers.

"And then we are seeing some independents. We have just done some deals with smaller, six-or seven-store operators who are being hyper aggressive to get market share," said Gitlin.

Prior to his remarks, his trust reported a first-quarter profit of $160.1 million, up from $106.7 million a year ago.

Revenue totalled $294 million, up from $276.8 million in the same quarter last year.

Meanwhile, funds from operations totalled $130.6 million or 42 cents per diluted unit, up from $106.0 million or 33 cents per unit a year earlier.