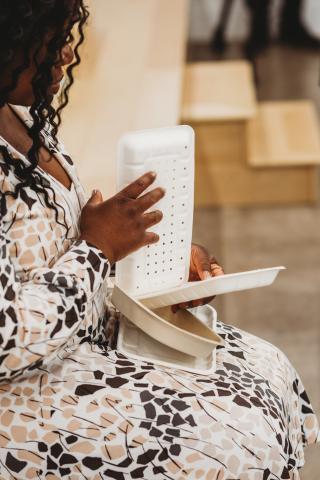 It was a scene reminiscent of reality TV. A mashup of the Academy Awards (if the nominees had no chance to see the others’ performances) and Dragons' Den (if the entrepreneurs all had the same end goal). Out of view of their competitors, the finalists pitched their products to judges, waited hours for the results and then sat nervously in an auditorium hoping their names would be called (in this case, last).

You could cut the tension with a knife.

Winning would be an honour as well as a potential financial windfall. And, most importantly for the Canadian environment, the victor would help usher in a new generation of sustainable food packaging.

The victor in this case, for Sobeys' Plastic Waste Challenge, was Newmarket, Ont.'s Eco Guardian.

It began this past March when, in partnership with Ignite Atlantic, Divert NS, and Atlantic Canada Opportunities Agency (ACOA), Sobeys announced its Plastic Waste Challenge. The goal was to find “a viable and sustainable commercial solution for in-store wrapped meat and seafood packaging.”

In 2019, Sobeys — Canada’s second-largest retailer by market share — planted a sustainability flag in the ground when it became the country’s first national grocery retailer to announce it was eliminating single-use plastic bags at its stores. To date, that has kept more than 800-million plastic bags from entering circulation.

“When we first made that announcement in 2019, we always viewed it as a first step in a journey towards plastic waste reduction,”Eli Browne, Sobeys’ director of corporate sustainability, told Canadian Grocer. “We always intended to look for more opportunities…[and] we really started to target non-recyclable meat and seafood packaging.”

The challenge began with a call-out for submissions. Applicants described their experience in the space, concepts and design, estimated production costs, noted where they were in the development process and the steps needed to fully realize a prototype. Commercial viability was key, but Sobeys was also looking for an innovative product that would be diverted from landfills and meet its criteria around food safety and durability.

“We were blown away by the response,” says Browne, smiling over video. “We received nearly 20 submissions from companies coast-to-coast. Literally, from Nova Scotia all the way to B.C. Big suppliers, but also from some smaller, emerging startups. The variety in the submissions that we got was really encouraging.”

From there, a panel of Sobeys, Ignite Atlantic, Divert NS and ACOA execs whittled the applicants down to six finalists and invited them to Halifax to pitch their products in person. 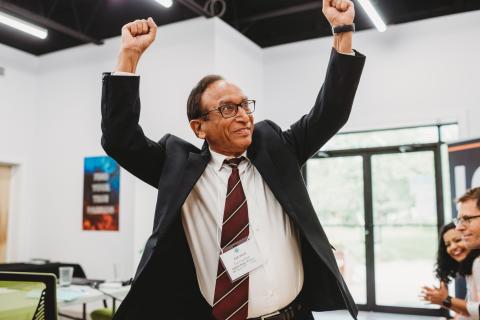 Even over video, you can tell Anil Abrol is a ball of energy who’s immensely proud of his company and its growing list of accomplishments. Raised in India, Abrol left in 1991 to work in finance. First in Thailand, then Ireland and England before arriving in Canada in 2004.

An entrepreneur at heart, Abrol knew he wanted to start his own business. He had a long list of ideas, but, most importantly, knew what he didn’t want to do. “I did not want buy a franchise or something and flip burgers all day and night,” he says.

Not long after arriving in Canada, Abrol was visiting a friend. He noticed a plastic bag in his home office and was immediately transported back to Ireland. As Abrol tells it, Ireland had a bad case of plastic waste back in the late 1990s. And the biggest problem was grocery bags. But he watched as “99% of single-use plastic bags got eradicated from that small country in the span of one year.”

Believing Canada is regularly a few years behind Europe when it comes to adopting progressive policies, Abrol knew where he was going to invest his energy: the environment. Seventeen years later, he is the founder and CEO of Eco Guardian, an Ontario-based, award-winning producer of sustainable packaging that works with some of the biggest brands in the Canadian food industry. 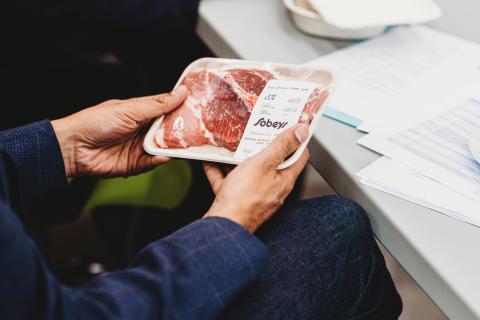 The six finalists were on pins and needles as they filed back into the auditorium to find out who the winner would be. One by one, company names were called until it was down to two. The next name heard would finish second. It wasn’t Eco Guardian.

Abrol jumped out of his seat with a smile. Eco Guardian had won with its fibre-based product. Not only did his team produce something unique, it had actually packaged meat for the judges and proven it checked all of the challenge’s boxes.

Abrol doesn’t know if other competitors had done the same, but believes it helped. “Once you put something in your hand — this is the meat you're selling, the burger you're selling, this is how it will look — that changes the whole thing,” he says. “This has validated what we are doing. That is why I think the award is so important for us, because the Eco Guardian name will be with Sobeys as one of the leaders in innovation.”

Eco Guardian will work with Sobeys to pilot its packaging in Nova Scotia, and the hope is it will roll out nationally. If that happens, Browne notes, it will mean millions of sustainable packages in circulation as opposed to the Styrofoam and plastic variations currently in use.

And what about the next step in sustainability for Sobeys? Did the challenge work? “In my opinion, yes, it was a success,” says Browne. “I think we didn't really know what we were going get, to be completely honest. I would love to do this again.

“We're on a journey here. And we're really excited about continuing the momentum.”