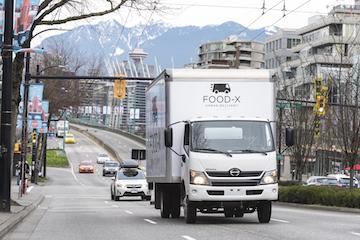 Housed at Spud.ca’s e-commerce website, Be Fresh Marketplace allows local sellers to set up an online store. The Marketplace uses SPUD’s proprietary fresh food delivery platform and warehouse, Food-X Urban Delivery, to consolidate orders and deliver to customers. The 74,000-sq.-ft. facility opened in Burnaby, B.C. last year, with Walmart Canada coming on board to offer delivery through Food-X to customers in Metro Vancouver.

“It’s important to support small retailers and small, independent vendors in this digital age because they don’t have the means to go online,” says Peter van Stolk, CEO at SPUD.ca. “Food X allows us to work with a large retailer like Walmart, but it also has the ability to work with small retailers in an online marketplace.”

Van Stolk says the consolidation aspect of Be Fresh Marketplace is key. “If you look at Foodora, for example, Foodora can’t deliver five restaurant at once in one order. You get five at different times. We’ve actually changed that, and that’s what we think customers want.”

Customers can hop between various local shops in the Marketplace as well as SPUD.ca, which sells local and organic produce. The difference between the two platforms, van Stolk explains, is that Marketplace retailers and brands essentially create and control their own online shop. “They put products that they want to on the site, so it’s not necessarily that we’re selecting it for them,” he says. “That’s giving them the power, just like any marketplace.”

SPUD charges vendors a “small setup fee,” a monthly fee based on the number of items in the brand's marketplace, and a commission, which, says van Stolk, is a similar model to existing services in Canada such as Etsy and Shopify.

Van Stolk is aiming to team up with 500 businesses between the two cities by the end of this year, and eventually expand into different markets.