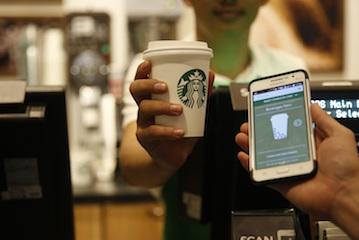 Starbucks, looking to the future as its longtime CEO moves to other projects, plans to open 12,000 new locations within five years to boost its number of coffee shops worldwide by almost 50 per cent.

The Seattle-based chain is also adding more food to its menu next year, including organic soups, gluten-free breakfast sandwiches and a wheat-free cooked egg product. And sometime in 2017, customers will be able to talk to the Starbucks app to order a latte or cookie instead of tapping their smartphones.

Starbucks outlined its five-year growth plans to investors on Wednesday, about a week after it announced that Howard Schultz, who has built Starbucks into a global brand with 25,000 locations since first joining the company more than 30 years ago, would step down as CEO in April. Starbucks has been facing increasing competition from Dunkin' Donuts and McDonald's as those companies add more specialty coffee drinks to their menus.

About 5,000 of the 12,000 stores Starbucks plans to open by 2021 will be in China. The company said again that it expects China to eventually overtake the U.S. as its largest market, but didn't say when it expects that to happen. Today there are about 2,500 stores in China and more than 13,000 in the U.S.

Starbucks also wants to get more customers to buy lunch at its shops by offering organic soups and adding more sandwiches and wraps. Iced beverages, such as cold brew coffee and iced lattes, are expected to become more popular in the next five years and account for about half of beverage sales, the company said.

An app update next year will use artificial intelligence technology to let customers order by voice and have the app respond immediately with a message. In China, the company said it is teaming up with popular messaging app WeChat to let users buy digital Starbucks gift cards for their friends.

Investors also got to hear from Chief Operating Officer Kevin Johnson, who will replace Schultz as CEO in April. Schultz, who will become executive chairman, stressed again Wednesday that he wasn't leaving the company and will oversee the growth of its high-end Starbucks Reserve Roasteries stores. But he made clear that Johnson will ultimately be in charge.

Since returning as CEO in 2008, Schultz oversaw the expansion of the chain's food and beverage offerings and the growth of its popular loyalty program and mobile app. Starbucks has credited the rewards program and app for helping consistently increase sales in the U.S., although growth has slowed more recently and traffic slipped in the latest quarter.

Schultz has said such technology adaptions will become increasingly critical for brick-and-mortar retail businesses to thrive as shopping habits change. Johnson has a technology background, having spent years at companies such as Microsoft and Juniper Networks.

Starbucks Corp. shares, which had been down about 2 per cent since the CEO announcement, gained 2.1 per cent to $58.66 on Wednesday.