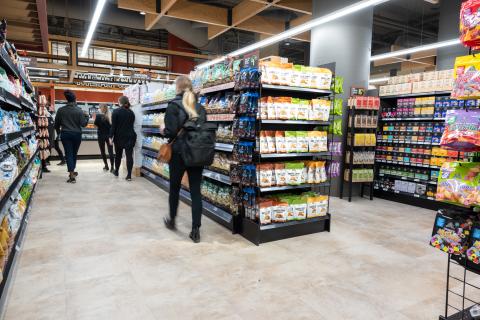 Stittsville, Ont. is getting a “bigger, brighter” Farm Boy.

The Ottawa suburb will be home to a new 28,729-sq.-ft. store, not far from its original location, which had been a Main Street staple for the last 10 years.

The new store will employ 135 staff members when its opens Nov. 18. It will offer a wide variety of farm fresh produce, butcher-quality meats, artisan cheese, fresh dairy, an expanded variety of chef-inspired meals, plenty of plant-based and vegan options and more.

"Not only will customers experience a bigger, brighter store, but they’ll also see an expansion of products in all departments, and upgrades to popular in-store features like a burger bar food truck and grill station for convenient grab and go options," said Farm Boy president and general manager Jean-Louis Bellemare in a press release.

Empire has been aggressively growing the Farm Boy banner since it acquired the Ontario-based grocer for $800 million in 2018. With Empire behind it, Farm Boy has better access to premium sites all around the Greater Toronto Area and in the downtown core.