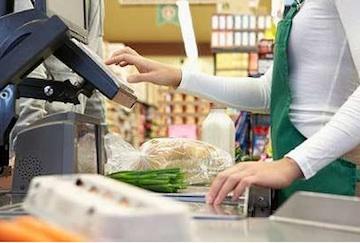 Demands by food retailing giants Sobeys and Loblaw that suppliers cut prices, in Sobeys case retroactively to Nov. 3, can have far reaching effects on more than the food industry.

This is the consensus among industry observers like Leah Katsanis, professor of marketing at Concordia University’s Molson School of Business.

“In the short term, consumers might benefit,” said Katsanis, who is a branding specialist with an interest in food retailing. “But there will be reduced money for research and the more you squeeze people the more jobs will be lost. There’s a domino effect. Lower food prices, fewer people working, fewer people buying.”

The Globe & Mail reported recently that Sobeys' demand for retroactive cuts would also force other retailers to demand the same, squeezing suppliers already hit hard by a falling loonie.

The report alsosaid some suppliers are fighting back by asking for price increases, though quoted none by name. Several suppliers contacted by Canadian Grocer either refused to comment or did not return calls.

Sobeys sent out letters in late December asking for the cut, it was reported.

“We are not prepared to discuss our communication with vendors,” wrote Andrew Walker, Sobeys Inc. senior vice-president, communications & corporate affairs, in an e-mail to Canadian Grocer.

READ: How Sobeys' purchase of Safeway will impact distribution infrastructure


A spoksesperson for Loblaw wrote: “We are not among the retailers making blanket, retroactive demands and that is not in our plan. As our vendors know, we are undergoing joint business planning, conducted face-to-face with the goal of growing our businesses collaboratively.”

A source told Canadian Grocer that Loblaw has also sent out letters August 8, signed by the senior director of offshore procurement, Rudi Beyer, and the senior category director for health food, Elizabeth Crawley, saying the company was looking to buy directly from vendors and bypass brokers/distributors.

The letters, said the source, also indicated that Loblaw would not necessarily stop purchasing from intermediaries, but might lower the quantities ordered unless those vendors offered a competitive price.

The source, who spoke on condition of anonymity to protect his relationships with the retailers, said Loblaw was asking for a one per cent cut in prices and if vendors agreed to sell directly to the chain without an intermediary, it would also want a further discount equal to the commission saved by cutting out the middle man.

In response to questions about the letter, Kevin Groh, vice-president corporate affairs and communications at Loblaw, wrote in an e-mail to Canadian Grocer: “We made this request and others in the past. And, we’ll continue to ask suppliers to remove costs where we feel there’s quantifiable justification to do so – like, the use of costly intermediaries. However, we see a distinction between addressing specific business conditions or addressing specific suppliers and asking for a blanket retroactive payment from all suppliers. Today, our focus really is on working with suppliers to find or create conditions that make us collectively stronger.”

While Sobeys' demand came on the heels of its $5.8 billion purchase of 213 Safeway stores, Loblaw is waiting for Competition Board approval of its $12.5 billion bid to pick up Shoppers Drug Mart.

READ: The distribution impact of Loblaw's purchase of Shoppers

Katsanis insists the supermarket chains are the architect of their own misfortunes. By constantly cutting prices, she said, consumers have been trained to buy most goods when they’re on sale.

“Everything has come home to roost,” she said. “It’s not a good model. The industry has been doing it to themselves, reducing margins. It’s not sustainable.”

Though observers view the constant price cutting as are reaction to the entry into Canada of Walmart and Target, Katsanis points out that not everyone has access to either of the two giant U.S.-based chains and the potential savings accrued by shopping there are offset by the extra expenditure of gas and time.

Katsanis’s colleague at the Molson School, market professor Jordan Le Bel, said the constant focus on price has backfired for the chains, making consumers believe they are interchangeable, and has therefore failed to build brand loyalty.

Le Bel points to the Apple model as a successful example of a product that charges more but promises an enhanced experience.

“They have to heighten the experience,” he said. “You educate over time that price is not the only factor.”