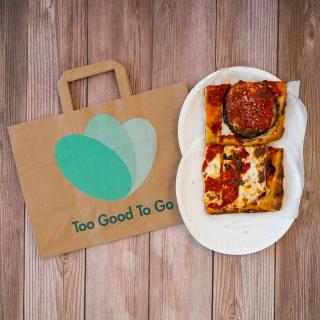 Too Good to Go continues to grow, expanding now to Edmonton—it’s sixth market in Canada.

The app-based product enables consumers to purchase “Surprise Bags” of surplus food—ranging from sushi to produce and pastries—that would otherwise be thrown away. Consumers pay about one-third of the actual retail price.

In Edmonton, Too Good To Go has partnered with Neo Juicery, Kinnikinnick, Meuwly's, and Sugared & Spiced. The company says it adds new stores to the app each day.

"It is with great excitement that we launch in Edmonton—a vibrant city with a reputed culinary scene. We have seen a great response from local businesses and are confident that a large number of Edmontonians will be saving meals, as of today",  said Too Good To Go’s country manager for Canada Sam Kashani, in a press release.

Since making its Canadian debut in Toronto last summer, Too Good To Go has launched in Quebec City, Montreal, Calgary and Vancouver.

Too Good To Go is active in 17 countries and claims to have prevented more than 121 million meals from being thrown away since launching in Copenhagen in 2016.