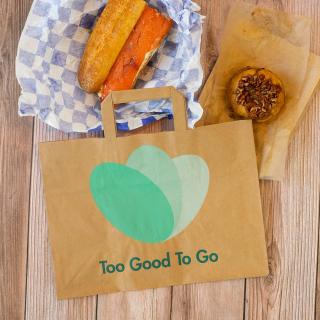 Too Good to Go has launched in Canada's capital.

The app-based product that enables consumers to purchase “Surprise Bags” of surplus food for one-third of the retail price is now live in seven markets across the country.

In Ottawa-Gatineau, Too Good To Go has partnered with NU Grocery, Maverick's Donuts, Petites Gamines, The Cupcake Lounge, and Quelque Chose Pâtisserie.

Since making its Canadian debut in Toronto last summer, Too Good To Go has launched in Quebec City, Montreal, Edmonton, Calgary and Vancouver.

"We're really proud of the impact we've delivered for our partners throughout Canada to help them reduce waste, appeal to new customers and generate more revenue," said Too Good To Go’s country manager for Canada Sam Kashani, in a press release.

"As we expand to Ottawa we couldn't be more excited to welcome more local business owners to the app and encourage everyone to download the app and sign up," Kashani added.

In all, Too Good To Go is active in 17 countries and claims to have prevented more than 121 million meals from being thrown away since launching in Copenhagen in 2016.