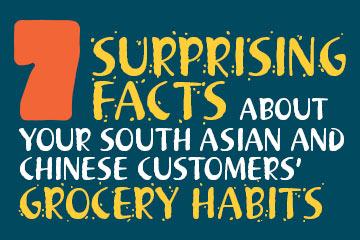 What does that mean for grocers? Susan Weaver is managing director of Pearl Strategy and Innovation Design, a marketing consultant group in Toronto that does research for CPG, food and retail clients. One of Pearl Strategy’s areas of expertise is gathering insights into the attitudes and behaviours of ethnic groups who’ve emigrated to Canada, and their path to purchase.

Over the past couple of years, Weaver and fellow managing director, John Chan, have used ethnography, in-home interviews and focus groups to amass data on Chinese and South Asians who are new to Canada, as well as some who have been here for a few years. The people they study typically have young children or are newly married when they leave their home country. That has a big influence on their attitudes and behaviours here. The following seven findings give a revealing snapshot of how these two key groups make decisions about, prepare and shop for their food.

PUT "PURE" ON THE LABEL TO GRAB SOUTH ASIANS' ATTENTION

In their home countries, both Chinese and South Asians are used to eating fresh, home-cooked meals–ones that are often prepared by either household helpers or extended family. They also “equate fresh meals with healthy meals,” and that standard applies most when it comes to suppertime, says Weaver. 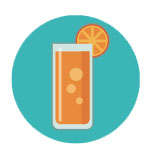 But because they’re overwhelmed by their new household responsibilities when they come to Canada, many newcomers have less time to make fresh, home- made meals. “Both groups begin to explore convenience products to help make meal prep easier and faster,” says Weaver. South Asians look for items such as minced garlic in a jar, Shanspice mixes and Hunt’s tomato sauce (which can be used for curry) to help save time; Chinese favour products such as black bean sauce in a jar and Knorr chicken broth. And, similar to their habit of regularly going to restaurants back home, Weaver says “HMR plays a big role for Chinese and delivers on fresh.”

When shopping the aisles, South Asians are looking for products with the words “pure” and “no artificial ingredients added” on the label. “They want foods in the purest form–like orange juice that’s 100% oranges–whereas for Chinese, their definition of health is more about the absence of negatives: low fat, low salt and low sugar,” says Weaver.

Newcomers undergo a major shift when they arrive in Canada. Many left comfortable lifestyles and were used to having household helpers do the grocery shopping, cooking and everyday chores for them. These tasks suddenly become the newcomers’ responsibility when they move here. Many feel time-starved  because of taking on these unfamiliar chores. It’s a big contrast, says Weaver, compared to China, where people typically go to restaurants (because they’re affordable and plentiful) or have parents cook them dinner after work. South Asians tend to have extended family

And since some newcomers preferred smaller shops and markets for getting the freshest food in their home country, Weaver says they can feel overwhelmed by the multitude of choices and bigger assortment of prepared and packaged foods in larger supermarkets when they come to Canada. “As a result, newcomers use the trial-and- error method of decision-making on products and brands,” says Weaver. Brands that prove to be effective the first time they were purchased have an advantage, as do products that are recommended by friends. 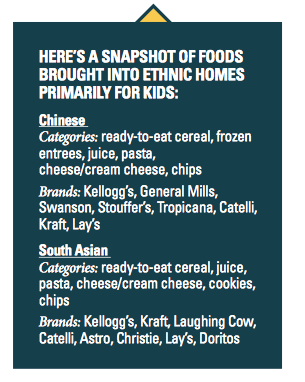 While fathers in families that have moved to Canada have a tendency to want to keep eating traditional foods from back home, it’s his children who introduce new food categories. “Kids really drive the acculturation of food in the household, more so than anybody else,” says Weaver. “Moms acculturate because they’re more hands-on with their kids, so sometimes they’ll try food brought into the home as well,” says Weaver.

Newcomer kids are looking to fit in at school, says Weaver, and can feel a bit awkward opening a lunchbox full of foods from their home country in front of classmates because the foods look different and may have a strong smell. “It’s about getting kids to eat their lunch, so moms default to what is practical,” says Weaver, noting that the same holds true in most other households in Canada.

CHECKING LABELS IS CRUCIAL (AND NEW) FOR MUSLIMS

Muslims following the Islamic diet observe dietary laws in which halal foods are permitted, while foods and beverages that are haram are not. Haram foods include pork, lard, animal rennet, gelatin and pure or artificial vanilla extract. This impacts food choices in everything from frozen tofu desserts to chocolate to canned beans. Even items such as marshmallows can contain haram ingredients (specifically pork gelatin). Another unexpected source of a haram ingredient: cheese-flavoured chips that contain animal rennet.

Muslims just starting to buy groceries in Canada can find it tough, says Weaver, because they must suddenly scrutinize every food label to see which are halal. “In Muslim countries, they don’t make products with rennet, pork, alcohol or animal fat, so they never had to check labels at home.”

To help, Weaver suggests grocers take simple measures, such as posting a list or reference guide of halal products in their aisles or directing shoppers to information sources, such as Canadian Halal Food’s website, to check whether specific products are listed as halal.

Costco’s got charisma for both Chinese and South Asians. But Chinese in particular really like the warehouse club. Already familiar with the club format when they arrive in
Canada (there’s a club banner back home called Metro China), this group feels Costco stocks high-quality products at a good price, says Weaver. Chinese often equate popularity with quality (that is, popular brands must be good because they’re big) and feel Costco is discerning about the products it carries because they’re the big brands, says Weaver.

These customers feel it’s easier to make purchase decisions in Costco because they think the company’s buyers are choosy about selecting good products. Chinese pride themselves on being efficient, and shopping at Costco is seen as a shortcut to choosing high-quality products.

As for South Asians, they tend to have larger families and need to stock up on a greater volume of household goods. They appreciate the value that Costco tends to deliver, explains Weaver.

THEY'RE GETTING A KNACK FOR SNACKING

Snacking is a new behaviour for both South Asian and Chinese consumers when they come to Canada. The types of food the two groups like to snack on differ, though. South Asians primarily snack on foods that align with their preference to eat food in its purest form–that is, natural and not processed, such as fruit, vegetables and nuts. That’s not to say South Asians only eat healthy snacks; Weaver says they also love spicy, salty snacks found in ethnic stores and will also eat North American salty snacks from brands including Doritos and Lay’s.

Most Chinese newcomers, on the other hand, tend to eat snacks that are more like mini-meals. “They have a preference for warm and have a tendency to pick items that are convenient to make, such as pastry appetizers, dumplings and spring rolls,” says Weaver. “And
they’re always trying to get foods that are as close to fresh as possible and it’s still fresher than a packaged food with a long expiry date on it.”

CHINESE ARE SAYING GOODBYE TO STIR-FRY

While Chinese newcomers aren’t retiring their woks, Weaver says she’s noticed a movement away from stir- frying toward baking and steaming. The latter two food prep methods are seen as ways to help improve the nutritional profile of a meal.

Chinese are trying to limit the amount of stir-frying they’re doing because cooking in vegetable oil isn’t healthy. To that end, Weaver says grocers should be aware that Chinese consumers are looking 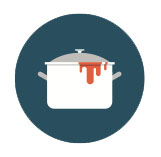 to buy healthier oils, such as coconut oil and peanut oil. This shift also provides an opportunity for grocers to sell spices, mixes and sauces that can be used in the bak- ing process or applied after steaming, she says. “Ready-to-eat meals or semi- prepared meals should be prepared in a way that is conducive to baking or steaming,” she adds.

For both Chinese and South Asians, Weaver says that what is fuelling the emerging baking trend is the desire for freshly made goods (which taste better and are healthier) andconvenience (aided by using baking mixes). Particularly for Chinese, home baking is seen as a bit of a luxury and has trend appeal since people in China mostly buy baked goods from local bakeries or markets.