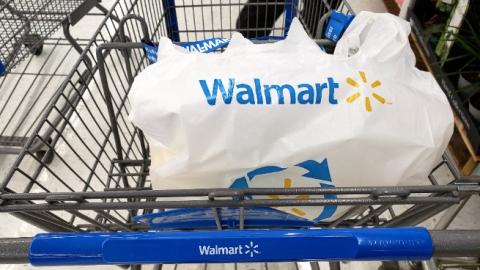 Walmart U.S. reported stronger sales for the first quarter, but its profit took a beating as the retailer grappled with surging inflation on food and fuel and higher costs from a snarled global supply chain.

The company also on Tuesday cut its full-year earnings forecast, sending shares down nearly 7% before the opening bell. If that trend holds, it will be the biggest percentage decline in the company's share price in more than two years.

The U.S. government reported last week that inflation eased slightly in April after months of relentless increases. Consumer prices jumped 8.3% last month from a year ago, below the 8.5% surge in March, but it remains very close to a four-decade high.

And there are sobering signs that inflation may be becoming more entrenched. Excluding the volatile food and energy categories, so-called core prices jumped twice as much from March to April as they did the previous month. Walmart is particularly sensitive to rising food prices because it's the largest seller in the U.S.

Still, Walmart's sales held up. The retailer tends to benefit in an inflationary environment as shoppers typically trade down to lower-price stores.

Sales at stores opened at least a year at Walmart's U.S. division rose 3%, below the fourth quarter pace of 5.6%. and the 9.2% jump in the third quarter. Online sales rose 1% in the fiscal first quarter as growth has slowed from the pandemic-infused sprees of early 2021. That's down from 8% growth in the third quarter.

Walmart, based in Bentonville, Arkansas, is among the first major retailers to report quarterly results and is considered a major barometer of spending given its size and the breadth of its customer base.