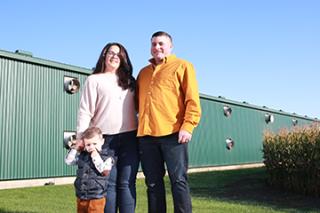 Chicken Farmers of Canada has a responsibility to ensure Canadians understand the reality of chicken farming in Canada.

Often, groups claiming to work on behalf of animals target popular brands and retailers with misleading and false information, driving an anti-meat agenda. They share distorted and incorrect material about Canadian chicken and perpetuate myths that have a negative effect on Canadian agriculture, and by consequence,  on your customers.

It can be easy to be intimidated by these groups and to be persuaded by their campaigns to make commitments based on emotionally manipulative pressure from people who ultimately do not represent your core Canadian consumer, and who aren’t interested in the science-based, mandatory standards that set Canadian chicken apart.

Each of Canada’s 2,800 chicken farmers adheres to the Raised by a Canadian Farmer Animal Care Program - a mandatory, accountable, and enforceable means of ensuring standards for the care and handling of chickens on Canadian farms. The program is based on a Code of Practice developed by the National Farm Animal Care Council (NAFCC), which is created by farmers, scientists, veterinarians, processors, retailers, transporters, animal welfare associations and provincial/federal governments.

Fortunately, Chicken Farmers of Canada has the research, tools, and resources to help brands and retailers. The next time you find yourself questioned about the chicken you offer, reach out to us for support and get accurate information about how chicken is Raised by a Canadian Farmer. Find out more at letstalkchicken.ca.