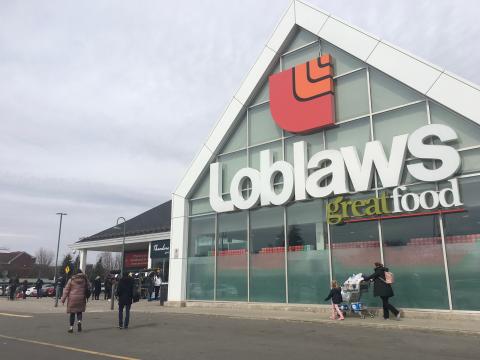 It’s undeniable the impact COVID-19 had on the grocery industry and with vaccination rates rising and restrictions starting to ease, Loblaw chairman and president Galen G. Weston says more change is on the horizon.

Weston said it is difficult to “predict the magnitude” of that change, but during a conference call with analysts Wednesday morning to discuss the grocer’s second-quarter earnings, he indicated it could be a tough but profitable road.

For instance, pharmacy and beauty sales will return to a “more normal run rate;” e-commerce will become more profitable as operating costs decline and the company expects to see a return to value-focused shopping that will benefit its discount division. But it could take time.

“There are some challenges ahead, especially over the next few quarters, but the team is crystal clear about where it needs to go and is more energized than ever,” said Weston, who recently stepped back into the president’s role following Sarah Davis’s retirement in May.

The entire business will face “topline pressure” as Loblaw laps the elevated sales from COVID, he said. But, with a strategy in place for both its grocery and pharmacy business that includes new builds and store conversions, there is a “real opportunity to create value,” Weston said.

Part of that strategy has also included a review of approximately 17 initiatives Loblaw has been working on over the past few years to determine which have the greatest potential to deliver positive results, said Weston.

One of those areas of opportunity is, of course, e-commerce. Loblaw has invested heavily in this area, particularly over the last 18 months to meet COVID-related demand. This resulted in a “huge amount of labour inefficiency,” said Weston. “You’re basically throwing labour at everything you possibly can.”

“You're not spending a ton of time on the pick path efficiency, on organizing how your teams are actually functioning,” he said. “You're investing in building additional capacity.”

Now is the time to improve labour efficiency, which could mean one employee picks an entire online order or you have a dedicated picker per department, said Weston.

Also, from that strategic review came the decision to shutter Loblaw’s PC Chef meal-kit delivery service, which Weston said would have required tens of millions of dollars over four to five years for it to reach meaningful scale.

Freeing up capital and streamlining operations has allowed Loblaw to refocus on what Weston called “retail excellence” and given the company’s retail teams the opportunity to get back to “fundamentals.”

“If your teams are spending all of their time focused on supporting strategic initiatives, then it comes at the expense of time that they would otherwise be spending on their merchandising programs or on store conditions and so on and so forth,” he said.

Instrumental in this process has been the reintroduction of the chief operating officer role--which existed within the company until two to three years ago—filled earlier this year by retail veteran and former Metro executive Robert Sawyer.

“Bringing Robert in, as many of you know, he really is, if not the best, he's certainly very, very close to being the best retail operator in Canadian history, and he's coming back to bring his instincts, his attention to detail and focus on to the business.”