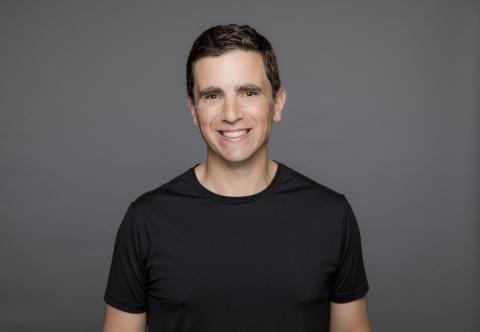 Canadian Grocer’s Generation Next awards debuted in 2011 to honour the grocery industry’s rising stars (under age 40). We recently caught up with a few past winners to find out how their careers have been shaping up—including Adam Grogan, who won the award in 2013. Here’s what he had to say:

What has changed in your career since 2013, when you won the award?

I was really proud to win the award. It was cool to be recognized in front of the entire grocery industry. I won’t forget it. At the time, I was leading the retail sales team for Maple Leaf Foods both in Canada and the U.S. Shortly thereafter, I became SVP of marketing and innovation. We led the biggest brand renovation in Canadian food, repositioning our Maple Leaf and Schneiders brands. We also made a strategic investment into plant-based protein to support our goal to become the most sustainable protein company on earth. We acquired Lightlife in 2017, Field Roast in 2018 and established Greenleaf Foods based in Chicago. We are now one of the largest plant protein companies in North America. In 2019, I joined Greenleaf Foods as COO.

The plant protein industry is an all-out sprint. The growth trajectory is staggering and we are addressing some of the planet’s biggest sustainability challenges. We are a wholly owned subsidiary of Maple Leaf. We run 100% independently, but have the benefit of the solid backing of a large organization that supports us with financial and human capital. I love how fast we are able to move. No competitor in our space has launched more innovation, committed more dollars to promoting the category or invested more capital necessary to sustain its supply chain. It’s invigorating and a challenge at the same time! Every day there are new competitors, new products and new technology breakthroughs. I love the entrepreneurial spirit and the higher purpose of the work we are doing.

What has been your proudest career accomplishment following your Gen Next win?

In 2016 at Maple Leaf, we outlined our vision to become the most sustainable protein company on earth. This was a bold move at the time, especially for an animal protein company. We openly acknowledged the issues within the food industry and we chose a path to be part of the solution, not the problem. We completely overhauled our Maple Leaf and Schneiders brands. We launched Greenfield Natural Meat Co., which offers Raised Without Antibiotics (RWA) and crate free products sold throughout North America. We launched organic and RWA Chicken under our Prime brand. We established Greenleaf Foods as one of the top three plant-based protein companies in North America. And now we are a carbon neutral company. Being part of the team that helped establish this vision and bring it to life has made me immensely proud.

To be intensely curious, ask questions, work hard, show your team how much you care and always be humble. And, if you do make a mistake, be accountable, admit it, apologize and fix it.

What keeps you motivated?

A recent study I read mentioned that food accounts for 10% to 30% of a household’s carbon footprint. There is a growing awareness that our diet and food choices have a significant impact. It’s a complex issue. The largest problems are upstream in production and, of course, animal-based foods are a large source of carbon. Consumers want more protein, not less. So we need to provide more sustainable animal protein and provide access to plant-based proteins that can sustain our planet. I have two boys, aged 12 and 14, and I want to leave behind solutions, not problems. This is super motivating to me, and the reason I joined the Greenleaf team.

What's your favourite thing about working in this industry?

The grocery industry is so critical. We feed and nourish people. Never was this more apparent than during the pandemic. I think we all realized the importance of our food supply and it was amazing to see the industry come together during this time. My favourite thing is the people. We are really lucky in Canada, because there are so many familiar faces in this industry who tend to have long careers and there are deep, long lasting relationships from coast to coast.

Do you know a rising star in the grocery industry? Nominate them now for this year’s Generation Next Awards. It’s quick and easy, but don’t delay! The deadline to enter/nominate is September 15.