Got money? Field Agent Canada’s new “Canadian Fluid Milk Report” found that the average price of a four-litre jug of milk (2%) has increased by 3.6% since the market research firm’s last milk study in March 2020. The price of milk increased in 18 out of 20 markets in this year’s study, with the exceptions being Charlottetown, P.E.I. and Langford, B.C.

The cheapest milk in Canada is found in Sudbury, Ont., where shoppers pay an average of $4.68 per four-litre jug. The most expensive milk is in St. John’s, Nfld., where four-litre jugs are not available and shoppers fork over $3.90 on average for a small two-litre carton. In Moncton, N.B., the average price of four litre milk is $7.13, or $1.78 per litre.

Jeff Doucette, general manager of Field Agent Canada, says Sudbury having the cheapest milk comes down to market competition: retailers are driving milk prices down as a traffic generator. However, generally speaking, the big disparities between regions have to do with Canada’s supply management system, which controls the amount of milk produced through provincially set quotas, or provincial barriers and inefficiencies.

“In Quebec, there are higher prices in general versus Ontario—that’s more of the supply management piece,” he says. “In Atlantic Canada, it’s really about inefficiencies. Because milk doesn’t flow freely across borders in Canada, you don’t have the efficiencies of shipping milk from Ontario to the Maritimes and doing it at a much lower price.”

“This is not really a retail issue,” says Doucette. “It’s not as though grocery stores in Western Canada, for example, are intentionally charging more for milk or making more money on milk. It’s that the cost of the product that landed at their door is higher.”

The report notes that milk is also at the centre of U.S. President Joe Biden’s administration’s first trade dispute under the United States-Mexico-Canada Agreement (USMCA). Canada had agreed to new market access for U.S. dairy through tariff-rate quota allocations, but is accused of not living up to its part of the deal. “The whole idea behind what’s now the USMCA was to reduce barriers, but there are still significant barriers in place,” says Doucette.

Canadians have long complained that the price of milk, gasoline and other goods are much cheaper in the U.S. than in Canada. For example, the study found 3.78-litre milk containers in Amherst, NY for $2.59 ($3.32 CAD), which is 25% less than the price of the cheapest Canadian four-litre jug. “There are some differences in the milk between the U.S. and Canada,” says Doucette. “If you talk to the dairy industry, they’ll say it’s a different product, but it’s a dramatic difference to be 25% cheaper across the border... Again, I think it highlights the fact that Canada’s milk production and farming system is really inefficient because it can’t deliver the lowest possible price to Canadians right across the country.”

While Doucette says there is no doubt that open borders would bring down the price of milk for Canadian consumers, the government is unlikely to allow the milk to flow because of the powerful dairy farmers lobby.

Field Agent first launched the Canadian Fluid Milk Report in 2015. For the latest study, price audits were conducted using the firm’s panel of more than 120,000 smartphone users who conduct audits, mystery shops and shopper surveys. Data was collected at 185 stores from May 7 to June 21 in 20 markets across the 10 provinces, with at least one market in each province. 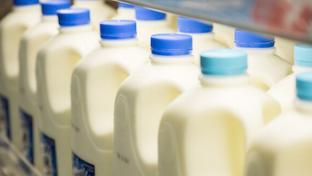 The price of 2% milk has increased in 17 of 19 markets since last summer, according to Field Agent 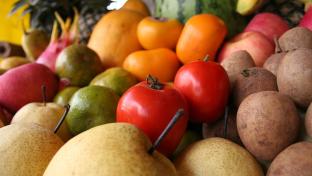 Canada’s Food Price Report predicts a family of four will spend $13,907 on food