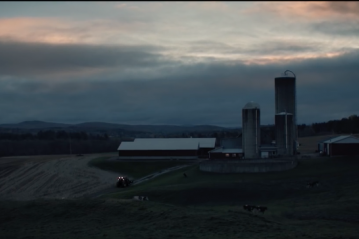 Agropur has launched a national campaign to raise awareness about the dairy cooperative and promote its use of Canadian-sourced milk and dairy ingredients in all its brands.

It’s the first-ever “masterbrand” campaign for Agropur, whose brands include Natrel, Oka and Sealtest, among others.

The campaign highlights Agropur’s recent decision to display the new Dairy Farmers of Canada (DFC) certification logo with the “Quality Milk” signature on all of its products. DFC launched the logo last November, with an aim to make it easier for consumers to find quality dairy products on the grocery store shelf.

“We thought it was a great value to communicate that to the consumer and build on the fact that we produce products made from 100% Canadian milk,” says Francis Viau, marketing manager at Saint-Hubert, Que.-based Agropur. “The fact that the products are local has strong value from the consumer’s perspective, so we really want to leverage that.”

A 60-second television spot shows the different people involved in making Agropur products, from farmers to line workers to delivery people. In each spot, the workers and family members on the farm give each other fist bumps, which are overlaid with a beeping sound. At the end, it’s revealed to be the sound of a checkout scanner at the grocery store.

“We want to build a halo effect towards our product brands, and convey the pride and cooperative values of ,” says Viau.

Agropur’s individual product brands will remain separate from the campaign, but will integrate the DFC logo in their marketing, according to Viau. “So, there will be a link in that way,” he says.

Agropur is targeting the general Canadian population with the campaign. “Twenty-five to 55 is our core target, but ultimately it’s really a wide awareness type of approach,” says Viau.

The campaign also includes social media, web activations, out-of-home advertising, and in-store POS material at major retailers including Metro, Loblaw's and Sobeys. “Our shelf talkers are an extension of our TV ad message, and bring a reminder of the campaign to the shopper at the moment they’re making their decision,” says Viau.

Viau adds that there’s “a whole lot more coming” in the year including event sponsorships.