What: The e-giant has committed to donate $80,000 to local food banks experiencing an increase in demand.

From Aug. 15 to Sept.16, Amazon staff will volunteer with organizations and causes they’re passionate about within their own communities.

In May, food banks in Canada reported about 160,000 monthly visits, up from a monthly average of 60,000 visits pre-pandemic, per the CBC. 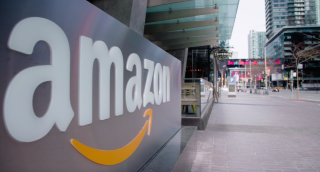 "The rising inflation we are witnessing in Canada contributes to insecurity and hunger at a scale that we have not seen in a long time," said Kate Ramanchuk, the Amazon Web Services (AWS) territory account manager in Toronto, who helped organize the volunteer program, in a release. "Food banks are crucial in addressing this need.”

Marie-Josée Warrant, the enterprise sales rep for AWS in Montreal, is also leading the initiative.

"Not only are employees volunteering, but they also contribute via non-perishable food and monetary donations, which will go a long way in the fight against hunger here in Canada,” Warrant said.

According to research conducted this year on behalf of Food Banks Canada, 20% of Canadians reported going hungry at least once between March 2020 and March 2022, while 23% reported eating less than they believe they should because there wasn't enough money for food.

"The volunteer hours from Amazon Canada's employees are invaluable, as the program has been structured to rely quite heavily on volunteer corporate participation to assist with some of the key daily operations of the program, like sorting and packing donated food," stated Emilie Gamelin, manager of corporate partnerships for Red Cross Toronto.