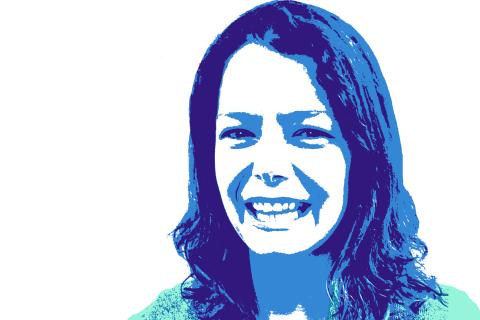 Keith Anderson, Profitero’s VP strategy and insights, speaks with Andrea Leigh (pictured) as part of the Profitero Podcast Series. Leigh has spent 10 years at Amazon in their Seattle headquarters, most recently as a general manager and category leader for the Canadian division, growing Amazon.ca to become the largest ecommerce retailer in Canada.

In an edited transcript of their recent discussion, Anderson and Leigh discuss ecommerce trends in Canada and what’s driving development in this market. But also what’s holding it back.

KA: Can you tell us a little bit about your experience at Amazon and what you're up to now?

AL: I left Amazon about a year-and-a-half ago, having spent 10 years there covering a lot of roles as people do at Amazon. The bigger ones were around working on the Amazon Fresh push to go national and working on the grocery launch for Amazon.com back in 2007/2008. My most recent role before I left, and which I held for three years, was category leader and GM for the hard goods categories for Amazon Canada. I also led the launch of consumables and soft lines in Canada and I ran the Prime program for Canada.

Given your experience in Canada and working with consumables at Amazon, why has ecommerce in Canada not developed as quickly or in the same way as the U.S. or the U.K.? Where do you see this is headed?


I think the biggest reason that ecommerce has lagged behind other marketplaces in Canada is really around outbound shipping economics to customers. You've got this country that runs the entire length of the U.S., with approximately 10% of the population, and you're just not able to get enough density for it to be economically viable.

People always talk about the cost of doing business in Canada being higher, and the transportation network is one of the key things they reference. It takes a long time to get products across Canada, and then that becomes really expensive. Amazon's been working on some pretty cool stuff there around one-day shipping in Toronto and Vancouver.

It’s also about figuring out how to maximize the efficiencies you have by locating fulfillment centres really close to urban centers, and then what do you do about everyone else, especially the prairies where it costs a lot and it takes a long time to get product out there.

Then the other reason is around assortment. When I first started working on Amazon Canada, I couldn't understand why some really amazing global brands would have 100 SKUs on Amazon.com and just 10 on Amazon.ca. I was really surprised when I found out about the testing requirements being different for products in Canada versus the U.S., and also very surprised when I learned about the tariffs of bringing product across the border because none of this product originates in Canada.

Everything has to be brought in as very little product is actually manufactured there. When we looked at textiles, the last time I looked at that tariff schedule, it was 18% of the cost of the product just to bring it over the border.

To your point, if a given brand has 100 items in distribution on Amazon.com in the U.S. and one-tenth of that in Canada, the lack of selection on the Canadian site leads people to look at the American site. Then more people are ordering from the U.S. site to begin with, which lessens the perceived opportunity for getting in distribution on the Canadian site.


I remember when I read about the border lockers that there were a lot of consumers that were shipping to lockers that were right across the U.S./Canadian border. Then there was some other study I read about the percentage of the Canadian population that lives within an hour of the border. It was really high—more than half. Then while I was working for Amazon Canada, I feel like the Canadian government had raised the limit of value of product that you could bring back across the border with you, so effectively encouraging Canadians to go shop in the U.S. and bring the product back.

In the U.S., you're able to get products delivered to your doorstep. Some of the changes that I see coming in the next 10 years for Canada are really going back to some of the testing requirements. The cost of undergoing all these additional tests for some product types is not worth the sales opportunity in Canada for a lot of these brands, so they just don't do it.

Then I think the other thing is around the cross-border tariffs. Those have to come down. Or Canadians are just going to have to keep driving to the U.S. for product because that effectively makes an apparel cost 20% more in Canada right off the bat just with the tariff before you even include anything about transportation or the cost of crossing the border. I see some progression happening in those two areas. I believe that some of the big retailers like Amazon and Walmart are going to lobby for that.

I also think these retailers are going to figure out how to get assortment up from the U.S. in a smaller way because for e-tailers to put fulfillment centers in Canada makes no sense. Figuring out how to do more out of the U.S., not just for Canada, but for Mexico too, I think is on the horizon as well.

I'm curious what you think about the local full basket online grocery models. If you step away from the national freight and shipping economic challenges for a second and look at some of what's going on in Canada, Loblaw and Walmart are both doing some really interesting things with click and collect.


Canada is one of the best markets for online grocery delivery when you're thinking about the Fresh model, because if you look at Vancouver and Toronto, the population density is pretty incredible. That is one of the key factors for having a successful full basket grocery delivery service. The delivery and the driver are the lion's share of the cost and getting that order to the customer. If you can get a lot of orders dropped off in a very small area, the economics are much better. Canada's an amazing market for that in the urban areas.

Keith Anderson leads the continuous innovation and development of Profitero’s online insights solution for retailers and brands, helping global companies gain a deeper understanding of their online presence to optimize both online and in-store sales. For more than 10 years, Keith has been a trusted advisor to global retailers and CPG companies including Walmart, Target, Best Buy, P&G, Unilever and Coca Cola.