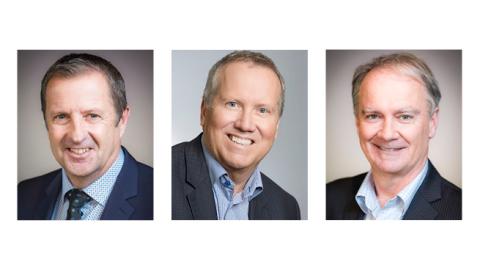 The Canadian Federation of Independent Grocers (CFIG) has announced the recipients of this year’s Life Member Designations.

Peter Cavin of Country Grocer in B.C. is recognized in the Retailer category, while Tree of Life’s Chris Powell is a recipient in the Industry Builder category. The Life Member Designation recognizes the lifetime achievements of individuals who have made a significant contribution to independent grocers, their communities and the food industry.

Additionally, CFIG is honouring its vice-president, government relations Gary Sands with the Spirit of Independent award, which recognizes individuals who have made a significant contribution to the growth of the entrepreneurial spirit of Canada's independent grocers.

Since joining CFIG in 1999, Sands has been credited with “seeing a Canadian Grocery Code of Conduct becoming closer to a reality, and having government commit to finally lowering credit card fees for independent grocers and all small- and medium-sized businesses.”

Past recipients of the Spirit of the Independent award include former CFIG president and CEO Tom Barlow, Jim Pattison of The Jim Pattison Group, Frank Lovsin of Freson Bros and Anthony Longo of Longo Brothers Fruit Markets.

All three awards will be handed out at the Celebration of Grocers event held Oct. 27, part of CFIG's GIC LIVE @ HOME virtual conference and trade show.