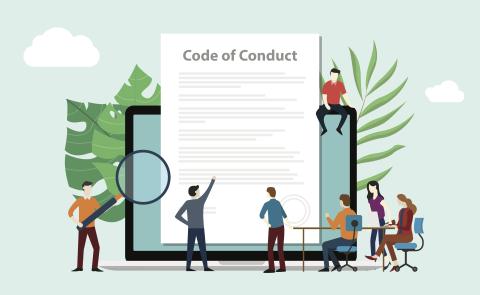 Late last month, a landmark announcement for the industry confirmed the formation of a new association created specifically to overhaul—and repair—commercial relationships in Canada’s food system.

Among other things, the Code would ensure transparency and contractual certainty in commercial transactions, best practice reciprocity throughout the supply chain, and promote ethical dealings in contract negotiations. (Read the full story here.)

The news of an alliance committed to creating a rulebook for the industry comes as a working group of federal, provincial and territorial agriculture ministers consider reforms to the industry, and a few months after the Food, Health & Consumer Products of Canada (FHCP) and Empire Company Ltd. introduced their own proposals for a code that would be regulated by governments (more on this to come next week).

The new Alliance is comprised of the Canadian Federation of Independent Grocers (CFIG), Canadian Produce Marketing Association, Food and Beverage Canada, The Quebec Food Processing Council, and the Quebec Food Retailers Association. Notably, the group also includes the Retail Council of Canada (RCC), notable because the RCC, as representative of the biggest grocery retailers in the country, was sometimes viewed as being opposed to a code that would impose restrictions on how its members conduct their business.

But in an interview with Canadian Grocer this week, RCC chief executive officer Diane Brisebois wanted to make it clear that the RCC did not oppose the creation of a code for the industry. “That’s misinformation,” she said.

“We have always said that we would not oppose sitting down with all of our partners to talk about best practices,” she said. “In fact, early last year we were talking to CFIG about this, and others. We were opposed to a regulated code.”

The concern about a regulated code is that each province would have its own, meaning extraordinary difficulty creating codes that align and copious red tape to operate across jurisdictions.

“What we were trying to say to everybody is, ‘Keep in mind that if you're an operator in four provinces, you will have to comply with four codes,’” said Brisebois.

So why did RCC agree to join the Alliance to create a code now? One reason is that the FHCP and Empire proposal got a lot of people talking about the issues, she said. And the RCC supports the principles of the Empire/FCHP proposal, but the development of the code requires a “collaborative approach” and should apply to everyone and not just larger grocers, she said. “If you're going to a have a solid, healthy supply chain, best practices should be practiced by all.”

Gary Sands, senior vice-president of public policy for the CFIG, called the new Alliance “a very positive development,” adding that after constructive discussions, the associations that have formed the alliance are aligned on key principles that “should be the foundation for developing a Code.”

And while the Empire, FHCP proposal would see compliance enforced through regulation (a non-starter for the RCC), Sands said the code developed by the Alliance would include mechanisms for enforceability.

“It has to have meaning,” he said. “But can we achieve enforcement without regulation? Yes, we know we can.” Like Brisebois, Sands said a regulated Code would require having all the provinces and territories agree on one code. “Anyone with any experience dealing with governments knows that is next to impossible,” he said. “Also, as the industry changes and evolves, so too will the Code. But if it’s regulated in every province, that means going to politicians in every province and territory to have them make changes in tandem with the other provinces.”

Sands points to the code of conduct in Canada’s credit and debit card industry as proof that it could work in grocery. “It is non regulated,” he said. But all of the major credit card and payment processes signed on as well as larger retail groups like CFIG, RCC and the Canadian Federation of Independent Businesses. “And it works,” he said. “In the last seven years I have had no complaints about contraventions of the Code. And if there are complaints, they are dealt with by the Financial Consumer Agency of Canada. They act as an independent third party to adjudicate complaints. It works.”

Next steps for the Alliance will be to wait to hear back from the government working group and the proposal they will deliver to the ministers of agriculture in mid-July, said Brisebois. “If they embrace the Alliance proposal, the hard work begins.”

Canadian Grocer reached out to a handful of grocery industry stakeholders, large and small, to gauge their reaction to news that a Code of Practice is in the works for the industry.

Serge Boulanger, senior vice-president, national procurement and corporate brands, Metro: “Metro supports a code of best practice developed by industry for industry, bringing together all different stakeholders of the Canadian food supply chain. It is in this context that Metro has joined the Canadian Food Industry Collaborative Alliance through the RCC. We believe that our proposal frames a path forward for all industry members to develop a code of practice together in a collaborative manner. We believe the Code of Practice should not be legislated, thereby providing flexibility for it to evolve. However, participation would be mandatory and applicable in all provinces. It should apply to all stakeholders in the food supply chain on a reciprocal basis and be administered uniformly to ensure consistency. In addition, the Code would ensure fair treatment to small and mid-sized parties in commercial transactions, which is very important to us.”

Digs Dorfman, founder and co-owner of The Sweet Potato: “Over the past decade, the retail food industry in Canada has moved closer and closer to being an oligopoly. Major players have acquired other major players, leaving very little room left on the field. These giants already have tremendous economies of scale within the supply chain, and can use monopolistic tactics to further consolidate an already heavily controlled industry. When just a few major players have so much control over the supply chain, it becomes harder and harder for any sort of smaller independents to compete.”

Walmart Canada provided the following to Canadian Grocer: “While we are not actively involved in either the RCC or Sobeys proposals, Walmart Canada will continue to work constructively with provincial governments and our suppliers to make business decisions that are in the best interest of delivering value for our customers. We support many of the principles and language outlined in these proposals. We are already working collaboratively and transparently with our suppliers—big and small, domestic and international—consistent with legal agreements that we have in place. Walmart Canada has a great working relationship with our suppliers and we continue working with them to help nurture and support their businesses. These are routine, confidential business discussions and negotiations between retailers and suppliers. These discussions and negotiations happen every day and they reflect the dynamic competitiveness of the market. Walmart Canada is committed to supporting the Canadian economy and our local suppliers and producers; this means more jobs for Canadians and more savings for our customers.”

Christy McMullen, owner of Summerhill Market: “In my opinion, a food industry code of practice is critical to the survival of the independent grocers. The chains have increasingly used their buying power and size to make it impossible for the independents to compete on price and rely on the supply of product. The chains also require their suppliers to pay for infrastructure improvements and e-commerce platforms with mandatory price reductions from suppliers. Add this to the listing fees, volume discounts, lower credit card fees, and reduced property taxes, and the list goes on and on, that the chains get over the independents and it is hard to believe any of us still exist… I believe independent grocers know that it will never be a completely level playing field, but a code of practice will at least keep the independent grocers and their suppliers in the game."