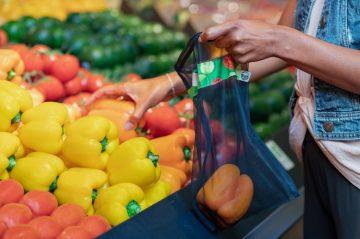 With a long history of strained relationships, grocers and suppliers have taken a giant step towards a truce—and a path forward.

Empire Company, which owns Sobeys, Safeway and FreshCo., and Food, Health & Consumer Products of Canada (FHCP) have created a proposal for a Grocery Supply Code of Practice for Canada.

The draft code aims to stabilize relations between retailers and suppliers by calling for fair and efficient handling of all negotiations and commercial agreements. The FHCP has been advocating for a code for the last two decades to address what it calls “unfair practices,” such as arbitrary fees, cost increases imposed without notice, and late payments.

“This is a watershed moment for the industry,” said FHCP president Michael Graydon, in an interview with Canadian Grocer. “We have been fighting for this for a long time because it was required. The imbalance of power that has emerged over the last number of years has been very harmful to the economics of the manufacturing community here in Canada.”

FHCP’s stance is that the negative ripple effects from poor retailer-supplier relations make their way to consumers and can impact pricing, product choice and job opportunities. Ultimately, unfair practices create challenging conditions for suppliers and manufacturers to thrive in Canada.

Graydon added that fair business practices would “balance the relationship” between retailers and suppliers and allow them to focus on building the business rather than arguing over things like compliance and fines.

Graydon said there was little interest from retailers in advancing the discussion on a code until Michael Medline joined the grocery industry in 2017. He was appointed president and CEO of Empire, following a long career at Canadian Tire, where he rose to president and CEO.

The two executives first sat down to discuss a grocery code of conduct about two and a half years ago. “Michael, in his wonderful style, said, ‘Help me understand, educate me. I won’t say yes, I won’t say no, but let’s see where we go.’”

They continued to have discussions, and Empire had internal discussions as well. “We did tons of work and it became clearer and clearer that this would be a great thing and it was not something to resist,” Medline told Canadian Grocer.

“A few times in your career, you have a chance to get outside the paradigm of the industry and think about what’s different than you’re used to. You’ve got to tackle that.”

For Medline, the pandemic was the tipping point for taking action. “Especially in the first few months of COVID last year, we saw how the industry can pull together, from the farmers to the retail stores and all the way in between,” he said.

Whether it was talking about creating different pack sizes or getting products to stores, the collaborative approach underlined how the industry wasn’t having the right conversations prior to the pandemic.

“We should be talking more about how to be more efficient to pass on lower prices to consumers, how can we have more innovation in products and packaging in Canada, and how to keep manufacturing and head offices in this industry in this country and not go south of the border,” said Medline. “So, we were already interested [in a code] and the pandemic just underlined how important this could be.”

The aim now is to have the code of practice legislated and regulated in Canada. The proposed code was formally submitted to a working group that was formed last November by the federal, provincial and territorial Ministers of Agriculture and Agri-Food to address issues in the grocery industry.

Graydon said by having the code regulated, there are assurances retailers will follow it because there will be consequences if they don’t. “I think it takes a regulated framework to ensure that there is consistent compliance across the board and we’re not spending time negotiating whether you’re compliant or not compliant in a self-regulated format,” he said.

Medline illustrated his support of a regulated code with a hockey analogy. “Take an NHL game between the Leafs and the Habs,” he said. “I guess they could play voluntarily without any rules or referees, but I’m not sure how well that would go.”

In terms of what’s next, the working group is tasked with providing a recommendation by July 1. Graydon hopes the recommendation is that the code—as it is written—should be adopted.

Following the recommendation, Graydon would like to see a coalition of provinces develop a framework that can be applied across each jurisdiction. This would help ensure there’s consistency across the country, rather than varying regulations in each province. (The federal government has said a code of conduct between suppliers and buyers falls under provincial jurisdiction.)

“I think part of the role the federal government can play is in creating a framework that can be applied across each jurisdiction so we have continuity of application [of the code>,” said Graydon.

In the meantime, Graydon is encouraging other grocery retailers to look at the code objectively and with an open mind. “This was not designed to hurt you, it was designed to help you,” he said. “Personally, I’m hard-pressed to understand how something of this magnitude could be good for [Empire] and not good for everybody else.”

The goal of working collectively with Empire, he added, was to find an industry solution. “So, we’re hopeful now that the other retailers will come together, look at [the proposal] and start to ask questions and hopefully take the same approach Michael took two years ago: ‘help me understand...’ and then sign on.”

The full proposed Grocery Supply Code of Practice for Canada can be found here.