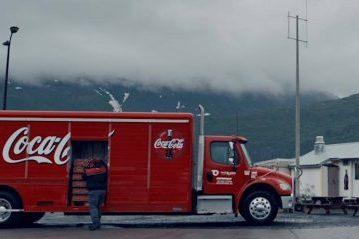 A resurgent coronavirus slowed Coca-Cola's recovery in the fourth quarter, and the company said the slump has continued into this year.

But, the Atlanta-based beverage giant said it's confident it will see improvement as vaccines roll out around the world and it delivers new products in fast-growing categories, like an updated version of Coke Zero Sugar and Topo Chico Hard Seltzer, a rare foray into alcohol for the company.

As a measure of that confidence, Coke issued financial guidance for the first time since the pandemic began, saying it expects 2021 earnings to match or exceed those in 2019. Many of the biggest corporations in the U.S. have pulled projections due to the unprecedented scope of the pandemic.

"The trajectory of the recovery will be a significant factor, and we expect to be dealing with COVID-19 for the better part of the year, with the first half likely to be more challenging than the second half," Coke chief financial officer John Murphy said in a conference call with analysts.

Coke has been decimated by the closure of arenas, restaurants, theatres and other public places, where it normally books about half its revenue.

Global case volume slipped 3% for the October-December period, exceeding Wall Street projections for a decline of 2.2%, according to analysts polled by FactSet. Case volume rose 2% in Latin America thanks to strong demand in Brazil, but it fell elsewhere.

Unit case volumes of soft drinks fell 1% in the fourth quarter, primarily due to declines in away-from-home business in North America and Europe. Juice and dairy sales fell 2% and water and sports drink demand fell 9%. Tea and coffee sales dropped 15% as the virus hampered sales at Costa coffee shops.

Coke earned $1.46 billion, or 34 cents per share. That per-share number would be 47 cents if one time costs and benefits are removed, six cents better than Wall Street had projected.

Coke Chairman and CEO James Quincey said the company is confident it will return to growth in 2021, despite sales declines that have persisted through February. Coke expects to deliver organic revenue growth in the high single digits in 2021, as well as single-digit growth in its per-share earnings.

But it also revealed a potential headwind. Coke said it could potentially face $12 billion in liability as the result of an ongoing lawsuit filed by the U.S. Internal Revenue Service over the profit split of drinks that are made and sold overseas.

In November, a U.S. tax court ruled in favour of the IRS in the six-year-old case, saying Coke must pay the bulk of a $3.4 billion tax bill. The $12 billion figure would include previous years and interest, Murphy said. But Coke is appealing and said it is confident it will eventually prevail.

Quincey said the company can emerge from the pandemic stronger thanks to restructuring actions it took in 2020. Coke pared its brands from 400 to 200 and dropped slow sellers like Tab, Zico coconut water and Odwalla juices.

Coke's workforce is also getting leaner. The company announced in December it would lay off 2,200 workers, or 17% of its global workforce. Coke said severance packages would cost between $350 million and $550 million.