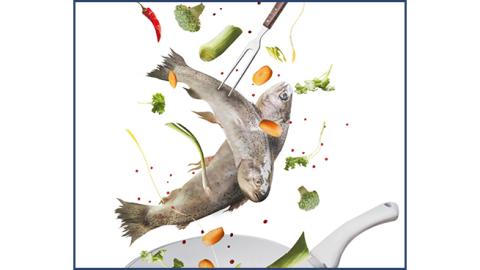 Fish and seafood – as well as their plant-based alternatives – are gaining in popularity among Canadian shoppers seeking healthier choices and different protein options.

The fresh seafood market in Canada sits at around $800 million, according to the latest figures from NielsenIQ. But, expectations for the category are being tempered somewhat by skyrocketing food prices, which are taking a Jaws-sized bite out of Canadians’ food budgets.

Jo-Ann McArthur, president at Nourish Food Marketing in Toronto, says sales of fresh seafood, and particularly those of category staple salmon, are falling as customers look to cut costs in a “high-inflation environment.” They are also increasingly looking to lower-cost seafood items, such as canned tuna, to stock their pantries.

The good news is that the evolving seafood market appears to fit with consumer attitudes towards both healthier eating and sustainability. According to the Food and Agriculture Organization of the United Nations’ The State of World Fisheries and Aquaculture 2022 report, seafood accounts for 7% of the protein consumed globally, and Accenture’s The Big Catch report says because seafood’s carbon footprint is significantly lower than other animal-based food products such as beef, its potential to sustainably feed the growing world population is “significant.”

Scout recently announced a US$4 million seed round it will use to accelerate its Scout Snack Kits, which boast the same quality and ethical sourcing standards its customers expect, but at a lower price to appeal to a broader consumer market as an everyday option. The kits are launching into large U.S. retailers in January, and direct to consumer in Canada the next month. Looking ahead, Bent predicts a shift away from so-called “monoculture species” like salmon and tuna that have dominated the market for decades. “Consumers are embracing new products, and brands are helping to make under-served seafood more appealing,” he says.

Seafood has long been perceived as a healthy choice when compared to other proteins like beef, but in a recent survey of U.S. consumers conducted by Mintel, nearly three-quarters (73%) cite taste as the reason they eat seafood, ahead of health benefits (48%) and ease of preparation (45%). Nearly one third of respondents (32%) say it’s healthier than other animal proteins. But grocers are also fighting the consumer perception that seafood is not an everyday food, with 58% of respondents aged 18 to 34, and 54% of those 35 to 54, telling Mintel that fish/shellfish are more suited to special occasions than everyday meals. The survey suggests there is room for grocers to grow the category, with nearly three-quarters of respondents in both the 18 to 34 and 35 to 54 demographics (73% and 71%, respectively) saying they would like to see more meal ideas in-store – such as recipe cards and cooking demonstrations – on how to use seafood. Shoppers in this category are also seeking reassurance around freshness and are keen to buy local, says Nourish’s McArthur. “Sourced in Canada, as well as omega-3 messaging is of top importance with consumers,” she explains.

Plant-based seafood is also establishing a toehold in grocery retail.

Digs Dorfman, CEO of Toronto-based independent grocer The Sweet Potato, has seen a sharp increase in plant-based seafood at trade shows over the past year. His store listed its first alt seafood SKUs about two years ago, and is in the process of expanding its selection.

“We’re listing everything from frozen crab-less crabcakes, to tuna-less cans of tuna, and we’re seeing a real uptick in demand,” says Dorfman.

One company whose products The Sweet Potato is “almost certainly” going to list is Port Coquitlam, B.C.’s TMRW Foods, which offers a product called Ocean Cakes made from what the company describes as “a blend of TMRW protein, jackfruit, seaweed, herbs and capers.”

The Sweet Potato also introduced a carrot-based smoked salmon consisting of slices similar to lox that Dorfman says has become a surprise seller.

Amar Singh, senior director at Kantar, says there’s “traction for plant-based products,” but it remains a niche segment. “I don’t think they’re becoming mainstream by any stretch of the imagination,” he says. “People are still experimenting with them.” And as the ongoing decline of the plant-based meat market suggests, it’s also subject to the whims of consumers. “The whole premise [of plant-based meat] was that you’re getting something deemed better for you,” says Singh. “But then they’re looking at the sodium content and all the other ingredients and saying, ‘Wait a second, this is manufactured food.’”