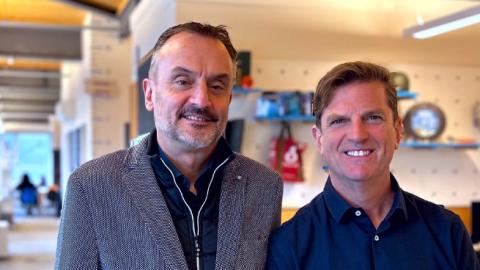 Former Loblaw executive Uwe Stueckmann has joined the advisory board of Rodmell & Company, a consulting and creative agency for retailers and CPG companies.

“Uwe’s expertise spans all of the key service verticals of our business,” Patrick Rodmell, the company’s president, said in a statement. “From branding and marketing, to store design and private brands, to digital and loyalty, Uwe’s seen and done it all. We’re thrilled to have his support raising our bar even higher”.

He announced his departure from the grocery giant in February 2022 after having worked at the company for more than a decade.

The retail veteran previously held roles with companies including Lowes and Shoppers Drug Mart prior to its 2013 acquisition by Loblaw.

“Rodmell & Company is the perfect retail agency model,” Stueckmann said in a release. “I love their philosophy, creativity and focus on driving business performance for their clients. I’m excited to bring value to the business and their clients.”

Rodmell & Company has worked with such clients as Metro, London Drugs, The Big Carrot, Coppa’s Fresh Market and Food Basics, to name a few.

Adding new members to your team? Getting a promotion? Starting a new job? Let us know. Send your submissions to digital editor Jillian Morgan. Please include a headshot when possible.