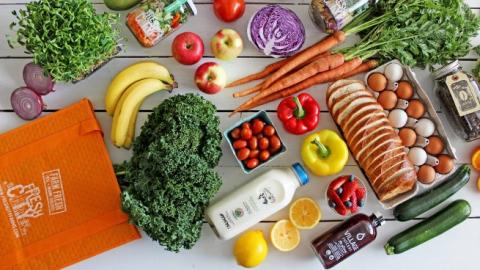 Terms of the deal were not disclosed, but the acquisition was funded by existing Fresh City investors, including Bennett Church Hill Capital, Good & Well, the Telus Pollinator Fund for Good and Dragonfly Ventures.

According to a release, the merged entity is now the largest organic retailer in the province, accounting for nearly 80% of online revenue in the space.

The companies said their coming together will help promote a shared mission to help people have a positive impact on the planet through their food choices. “This joining of forces will elevate this mission and position the company to compete with the grocery giants,” said the release.

Mama Earth launched in 2007 and currently serves consumers in the Greater Toronto Area and Southern Ontario with organic produce, sustainable seafood and ethically raised meat, as well as artisanal items, pantry staples and meals made by a team of in-house chefs.

The move is the latest in a series of acquisitions for Fresh City Farms, which was launched by former Wall St. lawyer Ran Goel in 2011 with a pledge to change how people think about and buy food. The company acquired the artisan bakery Mabel’s Bakery in 2019, followed shortly afterwards by organic butcher The Healthy Butcher.

“From our first harvest of snow peas in the spring of 2011, we have relentlessly sought new ways to create a kinder and more sustainable food system,” said Fresh City Farms CEO Ran Goel. “Uniting Fresh City and Mama Earth is a huge win for local farmers and makers, for our 500-plus dedicated team members, and for the tens of thousands who we feed each week.”

(Goel was one of Canadian Grocer's 2016 Generation Next Award winners.)

“We each have our strengths, and together we can provide even better products, experience and service for our customers,” added Mama Earth’s former CEO Mary Graham, who now becomes president of Fresh City.