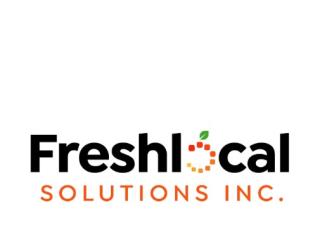 Vancouver-based Freshlocal Solutions Inc. is being marketed to buyers — the latest step in the company’s financial restructuring plan.

In May, Freshlocal was granted court protection from its creditors, under the Companies’ Creditors Arrangement Act (CCAA). Ernst & Young was appointed as monitor and tasked with helping create a restructuring plan. In a May 16 notice to creditors, the firm said the proceedings under the CCAA would provide Freshlocal “the stability and breathing space needed to restructure.”

The notice went on to explain Freshlocal’s financial struggles. “Historically, Freshlocal [has] been able to access capital through the capital markets, convertible debenture private placement offerings, borrowing and various grants. Of late, Freshlocal was unable to raise any further funding outside of a court-supervised restructuring process.”

“Operationally, Freshlocal was negatively affected by the impacts of COVID-19, the global supply chain shortages and the flooding and mudslides that closed several major ground transportation routes in and out of Metro Vancouver, all of which have significantly added to the company’s financial pressures.”

The firm also said Freshlocal is not stopping operations. “It is Freshlocal’s intent to continue its core operations but we do expect parts of the company will be marketed for sale to third parties.”

This week, Freshlocal announced it’s doing just that. The company has initiated a sale and investment process, conducted in consultation with Desjardins Capital Markets. The goal is to generate interest in the sale of or investment in SPUD.ca, Blush Lane and FoodX. The notice makes no mention of Be Fresh.

Freshlocal’s roots go back to 1997, when Small Potatoes Urban Delivery was founded as a fresh, organic grocery-delivery company for customers in the Vancouver area, through Spud.ca.

In 2010, Peter van Stolk bought the company and changed the name to Sustainable Produce Urban Delivery, expanding into technology solutions and brick-and-mortar retail over the years.

In April 2021, SPUD changed its name to Freshlocal Solutions upon going public. In December, van Stolk was replaced as CEO by Simon Cairns, who was previously the president of FoodX Technologies.