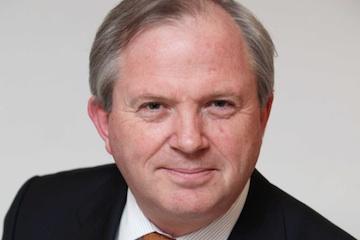 Earlier this year, European consumers watched wide-eyed as “Horsegate” galloped across the continent. Every day it seemed another company was caught selling beef products that actually contained horse.

With all the outrage, it’s hard to believe the initial discovery happened almost by accident. Raymond Ellard, director of consumer protection for the Food Safety Authority of Ireland, explains how the scandal broke and why Canada, the world’s third-largest horsemeat trader, should care. Edited excerpts:

Why did you think to test for horsemeat?

Ireland’s program of testing food is mainly for typical hazards, like chemical contaminants or microbes. But on occasion we check for authenticity with DNA analysis. Last year, we decided to look at beef because we’ve never tested it for authenticity before. People think ‘Oh, you must have known there would be horsemeat in it. Someone tipped you off.’ They didn’t. We didn’t expect the results we got.

We bought three different types of products from a retailer–salamis, pre-packaged beef meals, and burgers–and sent them to a lab to be tested. The salamis were mostly fine; the beef meals contained some undeclared pork. But in the case of the burgers, 10 of the 27 samples tested positive for equine DNA. Knowing ahead of time that the food companies would tell us our results were rubbish, we had more of the same products tested again. Not content with that, we had a second lab do another test. One product was classed as 29 per cent horse. (Retailers, including Tesco and Aldi, pulled about 10 million burgers from their shelves.)

Retailers and manufacturers began testing their own products. That’s when the whole thing began to unravel. In one case, frozen lasagnas and meat pies produced by Comigel in Luxembourg came in at 80 to 100 per cent horsemeat. Their supply chain went back to a company in France, which had bought horsemeat from Romania. It appears the Romanians legitimately produced the horsemeat and sold it as such. But somewhere between France and Luxembourg, it became beef. (At this point, food companies like Findus and Nestlé recalled beef ready meals and Ikea withdrew its famous Swedish meatballs.)

Why would a company add horsemeat to ground beef?

There is a big price differential between beef and horse. Anywhere you look where there’s an opportunity to make extra money, somebody is going to be there to exploit it. Counterfeiting consumer products is not new: It usually happens with high-value goods like champagne and wine. But to find somebody doing this wholesale with horsemeat is something new. And, unfortunately, I don’t think the solution is more rules or traceability. If people are prepared to cheat, they will find a way to do that.

Why did consumers react so angrily?

A lot of people were surprised by how long and convoluted the food chain is. Others were surprised that major international brands like Nestlé couldn’t guarantee the authenticity of the products they were selling. People realized that as the chain grows, so do the opportunities for people to disguise what consumers are eating.

How are retailers reacting?

Before this story broke, a lot of retailers used their own private standards and third-party auditors to check on their manufacturers. Clearly, those private standards didn’t work, likely because they focused on food safety and not authenticity. Those supply
chain audits will now have to change. I’m sure the manufacturers will have to put more stringent controls on their suppliers, and keep them honest by using DNA testing.

How can Canadians make sure horsemeat isn’t making its way into our products?

You’ll have to do your own checks. Take a look at the price of horsemeat right now and ask ‘Is there a temptation for someone to try to make a quick buck?’ Prime cuts and steaks are probably safe. But processed beef often comes in frozen blocks, all wrapped up, so you can’t determine its authenticity with a visual test. Do DNA tests. And follow the money.