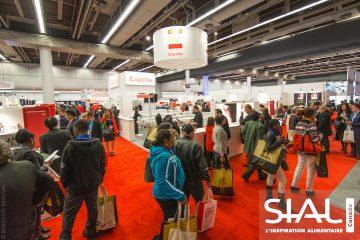 Though SIAL Canada is months away, the show’s organizers are already ramping up for the event, which is set to take place at Montreal’s Palais des congrès, May 2 to 4.

At a launch event in downtown Montreal last week, Xavier Poncin, the show’s CEO, outlined all the opportunities SIAL Canada serves up to both exhibitors and attendees alike.

“SIAL Canada is a unique concept, a one-stop shop,” Poncin said of the show, touted as the largest food innovation trade show in North America. “The idea is to cover the whole spectrum of the industry.”

According to its organizers, the 2018 show will offer a full lineup of conferences and workshops (about 50 in all) covering a range of topics relevant to those competing in the retail, foodservice or food processing business. The Montreal show will also feature expanded buyers’ programs (open to all exhibitors) and the return of the popular Expert’s Hub to the show floor, an area where attendees and exhibitors can drop by to get advice on topics ranging from cheese to ethnic foods to packaging and beyond. And again this year, Canadian Grocer will be partnering with SIAL Canada on the SIAL Food Hub, which will focus on a growing area of the industry—grocerants.

READ: SIAL conference looks at ethnic shoppers and how to connect with them

For the 15th edition of the show, organizers are expecting about 1,000 exhibitors from more than 50 countries, with areas of the show floor devoted to beverages, fresh market, grocery, healthy/organic, cheese and microbrewery, foodservice, and SET (focusing on the equipment and technology).

The 2018 show will also see an expansion of the SIAL Innovation award, a highlight of the show. In the past, one winner has taken the top honour, but this year a judging panel will award three products top honours.

Poncin also used the occasion to announce a new show to the SIAL network, Food India, which will make its debut in New Delhi in September 2018.