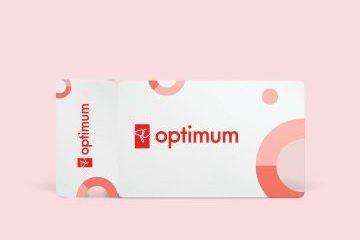 The company says it will offer targeted ads to a “select group” of its approximately 18 million PC Optimum members, who will be compensated with additional points for each ad they view. The country’s largest loyalty program, PC Optimum gives out more than $1 billion a year in rewards.

Uwe Stueckmann, senior vice-president of marketing for Loblaw, won’t disclose how many points customers will receive, but says the company has developed a tiered system, with different totals based on the type of ad customers view (such as a display ad or pre-roll video).

“Loyalty programs have historically provided benefits to consumers, rewarding them for the information they provide to a company,” says Stueckmann. “We’re extending the same idea to advertising. Our members will see more relevant ads while browsing online and we will reward them for allowing us to use their data and advertise to them.”

The program follows similar efforts by U.S. grocery retailers including Kroger and Walmart, both of which have built advertising businesses around first-party customer data. Kroger has publicly stated it expects advertising sales to account for a portion of the additional US$400 million in profit it hopes to generate by 2020.

Online retail giant Amazon, meanwhile, has been using the vast amount of consumer data at its disposal to build a robust digital ad business that research company eMarketer recently valued at US$14 billion. “They’ve built similar businesses that would suggest there’s a model here that works,” says Stueckmann.

Loblaw will deliver advertising based on what it calls “transaction-based insights,” gathered through swipe data from PC Optimum cards. Stueckmann says the data is invaluable in helping the company deliver ads based on actual customer purchases, rather than simply “liking” a product or looking it up on a website.

Stueckmann says the ads will be more brand focused than promotional in nature, with preliminary research suggesting a good fit with new products, product extensions, etc. “It’s not a ‘This thing’s on sale this week, come and buy it,’” he says. “It’s more about the introduction of new flavours or products, things where companies are investing ad dollars to reach people on the internet.”

The initiative is launching amid growing consumer concerns over data privacy and increased annoyance over targeting advertising on the internet. According to the most recent study by the internet advertising body IAB Canada, nearly one-fifth of Canadians (18%) use an ad blocker.

In a March 13 notice to customers, Loblaw vowed it would not share customers’ personal information with its advertising partners. “hey only need to know that they are reaching the right customers at the right time and place to make their advertising relevant and whether their advertising campaign was effective,” the notice states.

The company says it plans to add a “visible identifying mark or logo” to ads delivered via the program.