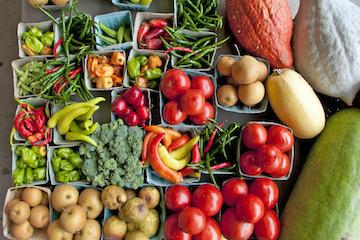 Marketers are missing opportunities to create “meaningful connections” between consumers and food brands according to a new study from advertising agency Havas Worldwide.

The report, Eater’s Digest: The Future of Food, says that the food category is “rife” with distrust and confusion. “Many people seeking the benefits of smarter food choices don’t feel confident in the products—or information—the major food companies provide,” it states.

The report is based on a survey of 11,976 people aged 18+ in 37 countries (including Canada), less than 40% of whom said that they trust the food industry to provide them with healthful food.

The study also includes interviews with a segment of the population that Havas identifies as “prosumers”—a group that influences the brand choices and consumption habits of others. “What prosumers are doing today, mainstream consumers will likely be doing 6-18 months from now,” says the study.

Me, my body and the planet
According to the study, unhealthy diets contribute to more than 11.3 million global deaths each year, while obesity rates have risen so much that they are now costing US$2 trillion each year.

However, the study suggests that society has reached a “tipping point” at which people can no longer ignore the consequences of poor food choices, with 76% of respondents indicating that they are more aware of the nutritional value of their food than before.

The study says that the heightened awareness of nutrition signals a general faith in food efficacy, with around 90% of prosumers, and 80% of mainstream consumers, believing that it can be as effective as medicine in maintaining overall health. Roughly the same percentages of people believe that most diseases and illnesses can be prevented by a healthy diet.

Local is the new organic
The report says that while organics are considered healthier, purer and kinder to the land, they fall short in two key ways: They don’t necessarily deliver value to the local community, and getting them from farm to plate can put strain on the environment.

This represents a “major shift,” says the report, noting that consumers have grown accustomed to buying fruits and vegetables from distant locations no matter the time of year.

In addition, 70% of prosumers and 60% of mainstream consumers also indicated that they would be willing to pay more for locally produced foods.

Raw pleasure
The study says that luxury in the food category is becoming increasingly linked to health than hedonism, with the likes of grass-fed beef becoming the new indulgences – enabling people to feel good about themselves and even “a little bit superior” to people who consume widely available, processed foods.

The study said that the survey results clearly indicate that people are deriving pleasure from eating in a way closer to what nature intended, but the push for convenience and time-savers is stronger than ever.

“Brands will need to make it as easy as possible for people to consume the raw and minimally processed foods they feel good about eating,”

Social interaction around food is increasingly occurring online, with 2015 research by Havas PR discovering that 44% of millennials had posted a food or drink photo on social media.

The so-called “Instagram effect” has become so powerful that some restaurants – including the U.S. chain Chili’s – have changed their décor and menus so that their food will photograph better.

About 80% of prosumers and 70% of millennials say that they like to experiment, with new flavours and ingredients, while a majority of both groups say they enjoy eating “exotic” foods and say they are more adventurous eaters.

Social eating is back
The study also indicates a “stronger longing” among consumers to slow down and savour meals, with 89% of prosumers and 80% of mainstream consumers indicating that taking the time to enjoy food is essential to good health.

“After decades spent speeding up food preparation and perfecting the art of eating on the run, people are seeking a return to the roman and traditions of communal dining,” said the report.