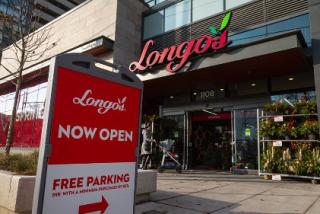 Longo's has announced changes to its executive structure, which it says is part of an "ambitious 10-year plan that will require investments in people, technology, and processes."

In a note to its team members, president and CEO Anthony Longo said the organization "must reflect an elevated guest experience  in-store and online." As such, the following changes have been made to the company’s executive structure:

To ensure quality customer service across all channels, chief operations officer Deb Craven is now also responsible for Longo’s e-commerce service, which operates under the Grocery Gateway brand, in addition to in-store operations.

Joseph Longo, vice-president real estate and general counsel will focus on the company’s real estate strategy as it looks to enter new markets and solidify its position in existing markets.

As chief experience officer, Alex Green will lead and execute the omnichannel experience, will overseeing integrated marketing communications and loyalty.

KC Shendelman has been promoted to vice-president, marketing, and Mark Sheehan becomes the senior director e-commerce and digital. Both Shendelman and Sheehan will report to Green.

Additionally, the following changes have been made to Longo’s merchandising team:

Mimmo Franzone and Joey Bernaudo have both been promoted to vice presidents of merchandising. Franzone will add grocery, dairy and frozen to his portfolio, while Bernaudo oversees the meat and seafood team. They will report to Mike Longo.

Adding new members to your team? Getting a promotion? Starting a new job? Let us know. Send your submissions to online editor Kristin Laird. Please include a headshot when possible.