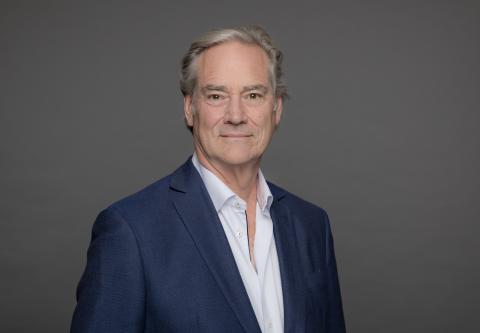 It has been several years since Maple Leaf Foods announced its intention to become the most sustainable protein company in the world. It would achieve its objective through a sweeping set of principles and an “extensive” sustainability agenda comprised of several key objectives—from advancing nutrition and health, to eliminating waste.

“It became clear to us that we needed to be part of the solution, and not an ongoing part of the problem, for the benefit of future generations,” said president and CEO Michael McCain during his keynote presentation at the 11th annual Ipsos Most Influential Brands in Canada event on Wednesday.

Nearly five years later, McCain said the company’s efforts have proven both transformative and a significant competitive advantage. “We’re excited about what it’s doing,” he said. “Not just for how we show up in the marketplace, but it has delivered pockets of very high growth for us over longer periods of time; created customer relationships that were unattainable in the past; and strengthened our relationships with all of our external communities.”

Maple Leaf has achieved some major milestones along the way, including becoming the first large-scale food company in the world to become carbon neutral in 2019, and applying new standards to all areas of its business, from how it provides care for the animals in its stewardship, to its reinvestment in the communities it serves.

Those sustainability goals also led Maple Leaf Foods to undertake what McCain described as “wholesale brand renovation” in 2019. Backed by significant market, competitive, and consumer research, it was intended to identify “category demand spaces” that it could orient its brand strategies around.

Stressing that he’s never really regarded himself as a brand marketer (“my team would say I know enough about the topic to be dangerous,” he joked), McCain said all of Maple Leaf’s efforts around sustainability are intended to ladder up to its brand strategy.

Heavily focused on what McCain called the “crown jewels” of Maple Leaf's portfolio—specifically the Maple Leaf and Schneiders brands—the brand renovation was the most exhaustive brand strategy initiative McCain had personally been involved with during his 40-year career. It called for a re-engineering of more than 900 products across the flagship product lines and significant changes in how they were brought to market.

One of the primary goals, said McCain, was to create a distinction between the two brands. “We found [that] over the prior decade that they had homogenized to a degree we felt was dangerous,” he said, adding that the brand renovation has transformed the brands from being “heavily weighted around nostalgia, into premium and differentiated spaces with meaningful credentials.”

In undertaking the brand renovation initiative, the company determined that the Maple Leaf brand was uniquely positioned to deliver against one of the most important purchase drivers for the proteins category: Responsible parenting.

Research showed that would-be purchasers were motivated by factors such as natural ingredients, real food, and family friendly flavours, while at the same time prioritizing the factors that go hand-in-hand with corporate social responsibility.

McCain reflected those values back to consumers with what he called “real and authentic” messaging built around parental narratives and eschewing traditional CPG advertising tropes. It was, he said, “real, relatable messaging for parents, who want to serve their family authentic food that they love without any of the guilt that is sometimes associated with that.”

The Schneider’s brand, meanwhile, was oriented towards what McCain described as “connect and savour” purchasing behaviour, motivated by factors such as artisanal and cultural taste patterns, as well as authentic recipes and ingredients. “Taste reigned supreme in that brand strategy,” he said. “And I must say that the product line does taste amazing.”