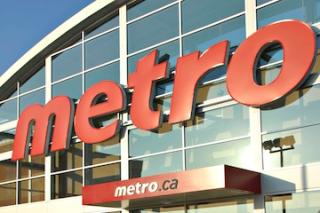 Days after Sobeys Inc. announced it was going to reinstate its “Lockdown Bonus” program for its employees, Metro confirmed it would be providing its employees with gift cards as it did during the second wave of the pandemic in late fall.

“[T]he cards will range between $300, $150 and $75 depending if you are a full time or a part- time employee,” said a Metro statement provided to Canadian Grocer. The gift cards will be given in May to Metro’s front-line staff working in stores and distribution centres.

The bonuses for staff come as surging COVID case counts trigger new lockdown orders in parts of the country. Sobeys and Longo's announced late last week that they were reintroducing pay increases for its staff.

“Once again, families in Ontario and certain regions in Quebec will now mainly rely on grocers and pharmacies for their food, essentials and medication needs. We are proud to continue serving our communities in these areas during this difficult time,” said Sobeys in a statement.

Employees at Sobeys, Foodland, FreshCo, Farm Boy stores, as well as those working with Voilà by Sobeys and retail support centre front-line teammates in Ontario, and frontline staff in certain IGA locations in locked down regions in Quebec will be eligible for the bonuses ranging from $10 to $100 per week depending on hours worked.

Sobeys said the program would run until mandated lockdowns were lifted.