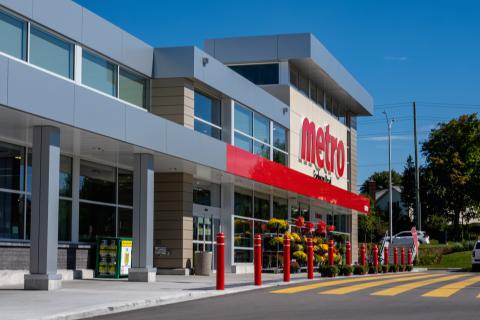 Metro chief executive Eric La Flèche warned Wednesday (Nov. 16) that the retailer is continuing to receive “many” cost increases from suppliers due to take effect early next year.

La Flèche said on the company’s fourth-quarter earnings call with analysts that it’s “negotiating hard” with vendors to avoid that outcome as consumers feel the pinch of food price increases.

“We have continued to receive cost increases effective next February,” La Flèche said. “We want [our suppliers] to justify that and we're pushing back because there's resistance from customers… If the vendors want to keep their volumes, the cost increases will have to moderate. So it's a challenging time and we're managing through it.”

The Ontario- and Quebec-based grocer’s net earnings for Q4 came to $168.7 million, down 13%. Food same-store sales increased 8% and pharmacy same-store sales were up 7.4%, the latter driven by inflation in health and beauty and over-the-counter cough and cold products.

The shift to Metro’s discount banners (such as Super C and Food Basics) accelerated in Q4, La Flèche told analysts. But value-seeking consumers are also opting for private-label products at the retailer’s conventional stores.

“We are very well positioned in both Quebec and Ontario with our discount banners, and that's driving a lot of our growth and gains,”  La Flèche said.

Metro’s fourth-quarter results reflected a $60 million charge related to its decision to withdraw its Jean Coutu pharmacy banner from Air Miles in favour of its own soon-to-be relaunched loyalty program, Moi, in Quebec.

“We're really focused on getting a good launch in Quebec,” La Flèche said. “We'll see what we do next in Ontario. So [it’s] something we're going to be evaluating and determining at a later date and we'll keep you posted. For now, we have a relationship with Air Miles that continues in Ontario.”

“That's something that we've been thinking about for a long time, as all companies do. We think we have good defence and we have good systems and good plans,”  La Flèche said. “Everybody's vulnerable, and we are very mindful of that and to make sure our contingency plans are updated and tested.”

Thibault added cybersecurity comprises a “good part” of the grocer’s IT budget.

“We have a dedicated team and we make sure that we report to the audit committee and board regularly on that,” he said. “It is a topical subject, so we are paying a lot of attention.”