There is no doubt that grocery retailing is being impacted by mobile-based technologies and innovations. Both retailers and manufacturers continue to take advantage of mobile as a tool for enhancing, and adding to, the in-store shopper experience.

Experimentation underway on a global scale

While its application here in Canada has been relatively limited to date, there continues to be a great deal of experimentation worldwide. Mobile is being used to power initiatives such as scan and go shopping, NFC (Near Field Communications) initiatives, loyalty cards, and to engage with shoppers through time-bound offers which are designed to excite and inspire. 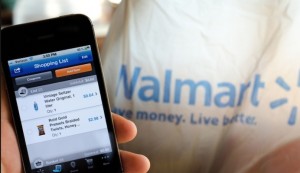 In the U.S., Walmart has recently been making the headlines as it rolls-out its ‘Scan & Go’ initiative to around 200 stores across 12 markets. This had previously been on test in the Atlanta and Arkansas markets, and if this extended test proves to be successful, it could very quickly be scaled up across its U.S. business. And, of course, international markets could then follow on. It has already been innovating with mobile payments in Chile and mobile shopping in the U.K.

NFC technology offers an array of possibilities in terms of transforming the way shoppers shop. At a basic level it enables smartphones to scan products into a basket, access extra product information and promotions at shelf, and pay – all contactlessly. While the technology is still in early development stage, we are seeing a growing number of retailers trialling it in-store, particularly in France.

French retailer Casino launched its mCasino NFC shopping app last year and a unique NFC trial store in Paris, as a test to understand how best to use technology to make shopping easier for its customers. Shoppers are able to pay via a dedicated fast checkout, saving them time queuing, which is proving particularly popular. What remains to be seen is whether shoppers really want all the additional information and messages made available when scanning products, while multiple operating platforms for smartphones remains a barrier to wide-scale adoption.

While loyalty programs remain popular with shoppers, forgetting your card remains the main reason for not having it swiped. What’s the chance that you go shopping without your smartphone? It’s exactly this thinking that has seen a number of loyalty programs migrate to, or launch as, mobile based programs, often with the goal of being a card-less solution. 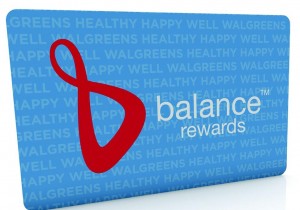 Walgreens recently further enhanced its popular smartphone app by syncing it with its new customer loyalty program, Balance Rewards. Members scan their mobile device at the checkout to earn points and savings, and to redeem rewards. Safeway has also seen big wins with the launch of a mobile app for its Just for U loyalty initiative, with usage rates 50 per cent higher for mobile users compared to desktop based users.

Careful, you’re about to be hijacked!

Mobile has also been used to hijack shoppers, not in the conventional sense of course! GPS technology is being used to encourage shoppers into store and lure them away from competitors with time-bound promotions based on their locations. Meat Pack, a shoe retailer in Guatemala, tracked customers in a shopping centre and were sent a countdown discount to their smartphone when they entered a competitor’s store.

The countdown discount started at 99 per cent, counting down 1 per cent each second until they entered the Meat Pack store. Whatever the percentage on the phone when the customer entered the store was the discount they received on their purchase. Over 600 customers raced to the store, with the highest discount received a massive 86 per cent.

Offering a free product with a time-bound coupon is a great new way to incentivize product trial, and could be used by both retailers and manufacturers to entice shoppers. In Germany, McDonald's ran a ‘McSundae Melt’ campaign, using billboards and mobile technology to promote an offer that expired if shoppers didn’t rush to receive it. The billboards featured a QR code that users could scan to download a coupon for free ice cream at their local McDonald's. The user’s smartphone directed them to their nearest restaurant, which they had to hurry to reach, as the coupon (which appeared as an image of a McSundae on the smartphone) appeared to melt as time ran out!

We’re clearly in a phase of trial and experimentation as both retailers and manufacturers make investments in this area. At the moment the focus is very much on understanding what resonates best with shoppers, measuring the return on the investment and understanding both what’s possible and the limitations of the technology.

As mobile payment solutions and mobile wallets develop further, the whole process of mobile shopping, loyalty and promotions will become more integrated. Combined with the added convenience and speed of shop, it is likely to become an attractive proposition for shoppers.