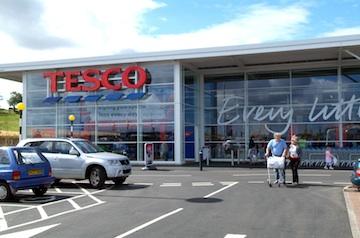 After months of assessment, the bureau concluded that a merger of Canada’s biggest drug chain and largest grocer would, after all, be good for consumers.

But Loblaw did not get a blank cheque. The Competition Bureau placed temporary “behavioural restrictions” on how Loblaw deals with suppliers. That these caveats were necessary is proof to some that the nation’s top supermarkets wield too much power, and that rules are needed to rein them in.

READ: With “behavioural restrictions” Loblaw gets OK to buy Shoppers

In an industry where margins are already thinner than deli-shaved ham and competition is brutal, to put it mildly, top grocers are bulking up. With Shoppers, Loblaw’s annual sales total more than $42 billion. Likewise, Sobeys’ purchase of Canada Safeway has made it a $24-billion giant.

Size has led to a not-entirely unexpected flexing of muscle and put big chains at odds with suppliers. Before Christmas, Sobeys told suppliers to retroactively cut their prices 1%. Suppliers have fought back, threatening to pull funding for flyers and other promotional activity unless retailers agree to set minimum advertised prices on their products.

With the back-and-forth, some are calling for a code of conduct that would govern the relationship between the two sides.

“It’s a concern for us because we know independents don’t have the leverage to be able to recoup costs in other ways,” says Sands.

A code of conduct, says Sands, could help level the playing field for the industry, including for CFIG members, many of which are supplied through Loblaw or Sobeys. Food & Consumer Products of Canada (FCPC) has also pledged support for a grocery code.

READ: Industry groups call for a code of conduct

Other countries, notably the U.K., have adopted codes. The U.K., which is dominated by major chains such as Tesco, Asda, Morrisons and Sainsbury’s, put in place the Groceries Supply Code of Practice, in 2010.

GSCOP was designed to ensure that Britain’s 10 largest chains–each with more than one billion pounds in annual sales–do not bully suppliers. Opinions of GSCOP’s efficacy have been mixed, but the 2013 appointment of Christine Tacon as groceries code adjudicator is expected to add some teeth.

Tacon’s office has the power to investigate suspected code breaches. She’s suggested a maximum penalty of 1% of U.K. turnover for flagrant violations.

There’s evidence Tacon is bringing retailers to heel. Late last year, her office resolved a complaint about The Co-operative Group.

The retailer had asked suppliers to pay compensation for failing to meet target service levels. The complainant said that not only was there no evidence to support The Co-operative’s claim, but no such agreed upon service level target existed.

After the adjudicator raised the issue with The Co-operative, it conducted an internal investigation and found the request originated from one category and one buyer only. The buyer sent out retraction emails.

GSCOP recently called out Tesco for asking a supplier to pay extra to have products stocked at eye level. And in February, Tacon asked retailers to curb so-called “forensic audits,” in which chains use third-party auditors to scrutinize transactions as far back as six years to find owed money–a particularly galling practice for suppliers.

“You can suddenly lose 50,000 pounds or even hundreds

of thousands of pounds, just like that, for a promotion that was run five or six years ago,” says Steve Barnes, economics and commercial services director at the Food and Drink Federation (the U.K. equivalent to FCPC) in London. “ don’t engender a great deal of mutual respect between trading partners.”

GSCOP boasts the potential to at least reduce some of the grocery industry’s worst tendencies. Barnes, though, is cautious. “I think if you asked a lot of people in the trade what success would look like in three years, that the role wasn’t required anymore and we’d sorted ourselves out. I suspect that, given the market we’re in, that’s probably unrealistic.”

In Canada, some believe a code similar to the U.K. might be a solution. But Canada’s top grocers disagree. Marc Poulin, Sobeys’ CEO, says negotiations with suppliers are tough, but calls Sobeys’ relations with vendors “harmonious.”

Wilkes says a code isn’t necessary because the Competition Act has provisions to address disagreements between retailers and vendors. “If there was a challenge, I think you would have seen the government act.”