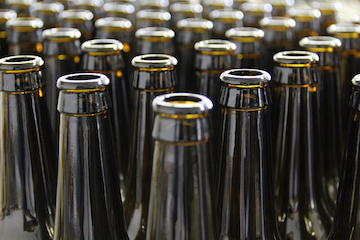 All of the major grocery chains, including Loblaw and Walmart, will be allowed to sell beer at some of their stores in Ontario by year's end. So will smaller chains such as Longo's and Farm Boy, plus a handful of smaller indie grocers.

On Wednesday Ontario's Liberal government announced 13 grocery stores and chains that were chosen to sell beer in the first round of grocery beer sales that will ultimately be expanded to up to 450 outlets.

The selected retailers must now apply to the Alcohol and Gaming Commission of Ontario for licences in specific locations, then have shelf space and social responsibility practices for selling alcohol in place. The government hopes that will happen by the end of the year.

Finance Minister Charles Sousa wouldn't say at this stage of the process where precisely the stores are located, but he said every region of the province is represented.

Ontario has previously announced there would be 25 in the Greater Toronto Area, 16 in western Ontario, 13 in the eastern reaches of the province and six in the North, split between large and small grocers.

Though big chains such as Walmart and Loblaw were among the winning bidders, Sousa said he was surprised to see how many small, independent grocers applied.

``We didn't anticipate having as much interest by the independents as there was, and they got more distribution, more allocation,'' he said.

Of the 60 licences, 12 were reserved for indie grocers and larger ones could get up to 48, but Sousa wouldn't divulge the final breakdown. He also wouldn't say, until the AGCO process is complete, how much money the government is getting from those licences.

NDP Leader Andrea Horwath said she wants to make sure Ontario is not losing out on revenue due to the licensing, and that jobs such as those at the Beer Store aren't being replaced by jobs at Walmart.

``We want to make sure that we don't simply bring more precious work into Ontario,'' she said. ``Walmart jobs for us are not a good replacement for well-paying, decent jobs in that sector right now,'' she said.

A 10-year agreement between the government and foreign-owned Brewers Retail, which owns 447 Beer Store outlets, will keep the same prices wherever beer is sold.

The Beer Store has enjoyed a virtual monopoly on retailing beer in Ontario since prohibition was repealed nearly 90 years ago.

The grocery stores approved by the government to apply to the AGCO for licences are:

• Coppa's Fresh Market, with locations in the Greater Toronto Area

• Farm Boy, with locations across the province

• Hanahreuem Mart, with locations in the Greater Toronto Area

• Loblaws, with locations across the province

• Metro Ontario, with locations across the province

• Sobeys Capital, with locations across the province

• Walmart, with locations across the province.

Ontario's announcement was made the same day that Saskatchewan announced it would privatize 40 of the 75 government-run liquor stores in the province.

Supermarket operators such as Sobeys already operate some liquor stores in Saskatchewan.