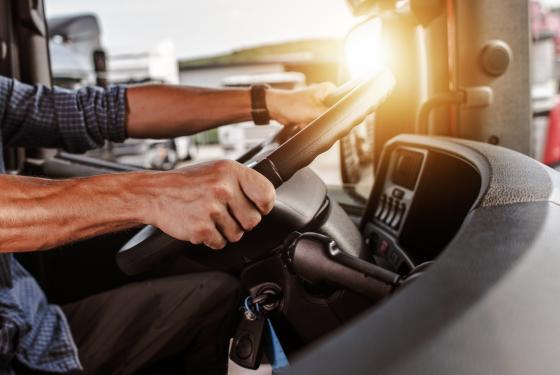 The federal government says the vaccine mandate for truckers crossing into Canada from the United States will come into effect this Saturday as planned, despite a previous statement from the Canada Border Services Agency that said Canadian truck drivers would be exempt.

In a release Thursday, Health Minister Jean-Yves Duclos along with the transport and public safety ministers said the CBSA statement from Wednesday evening was "provided in error," and that Canadian truckers must be vaccinated if they want to avoid quarantine and a pre-arrival molecular test, starting this weekend.

"This has not changed," the cabinet ministers said. "Our teams have been in touch with industry representatives to ensure they have the correct information."

Unvaccinated American big-riggers will be turned back at the border beginning Jan. 15, the ministers said, with the U.S. preparing to impose similar restrictions on Canadian truckers on Jan. 22.

Government representatives offered no explanation for the incorrect information emailed to media more than 20 hours earlier.

Up to 26,000 of the 160,000 drivers who make regular cross-border trips will be sidelined as a result of the mandate, adding further bottlenecks and potential price hikes to the flow of goods ranging from produce to auto parts and medical devices, say the Canadian Trucking Alliance and the American Trucking Associations.

The federal Conservatives as well as trade groups representing oil, manufacturing and export companies called on Ottawa this week to postpone the impending deadline, which was announced on Nov. 19.

"Today's reversal by the Trudeau government will only make Canada's cost of living crisis worse by driving the price of basic essentials like groceries up,'' Conservative transport critic Melissa Lantsman said in a statement.

"At a time when inflation is already at a record high, Canadians will be the ones paying the price for the Trudeau government's poor policy decisions."

Bison Transport CEO Rob Penner said the new rule would hamstring long-haulers, who carry the bulk of the roughly $24 billion in food products imported to Canada annually from the U.S., according to the United States Trade Representative.

"I don't know if it's grocery shelves empty, or just significantly more expensive meals," said Penner, whose Winnipeg-based fleet of 1,000 tractor-trailers carries retail goods and food and beverages into Canada.

Some 30,000 trucks roll across the border each day hauling nearly $850 million in freight, according to 2020 figures from the U.S. Bureau of Transportation Statistics.

Teamsters Canada, which represents 15,000 truckers in Canada, says the logistics chain is already missing tens of thousands of drivers due to poor working conditions.

"Blaming professional drivers is not the answer," spokesman Stephane Lacroix said in an email, referring to possible cost increases or stock shortages.

"It is the labour shortage that is primarily responsible, not the pandemic and its impact."

Government officials met virtually with union and corporate representatives on Wednesday, where the latter were told that the trucking industry's exemption from the vaccine mandate would end Saturday as planned, according to Canadian Trucking Alliance president Stephen Laskowski.

Canadian truckers who are unvaccinated or partially vaccinated will need to undergo a 14-day quarantine. They will also need to meet requirements for "pre-entry, arrival and Day 8 testing," the ministers said Thursday.

The ArriveCan app or web portal remains the only way to submit vaccination information, including for American truckers starting Saturday, the border services agency said in an email Tuesday.

Further proof of vaccination may be required at the border, CBSA spokeswoman Rebecca Purdy wrote.