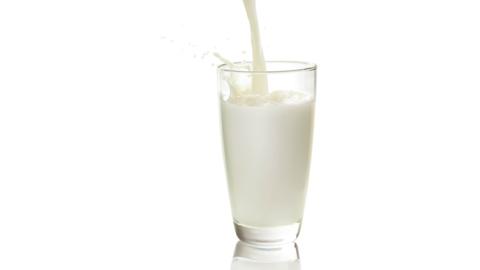 In milk, dairy is a massive market in Canada versus plant-based options. The dairy segment (including flavoured milk drinks and powder milk) is worth $3.2 billion, according to 2022 estimates from Euromonitor International. Compare that to milks from soy, oat, almond, cashew and other nuts and plants at $510.2 million. However, only one of these categories is on the rise. Plant-based milk increased 35.2% from 2017 to 2022 as a category, and according to Euromonitor’s forecast, will be worth $600.8 million by 2027, for a five-year growth rate of 17.8%.

“Growth in dairy alternatives is set to accelerate, thanks to a growing number of consumers trying to follow a plant-based diet and limit their intake of dairy,” says Monique Naval, senior analyst at Euromonitor. The story for dairy? It is forecasted to retract 18.9% from 2022 to 2027, but will still be worth a considerable $2.6 billion.

Given so many options, shopper education is critical. Noting that 80% of decision-making in the category occurs at shelf, Danielle Pearson, president of Agrifoods Cooperative’s Nutrition Division, says a2 brand milk has “a full menu of promotional tools and materials available to our retail partners to create impactful in-store and online programs.” The retailer Goodness Me! – which is revamping its consumer education program after pulling it back due to COVID-19 – is using social media and e-mail to talk about both dairy and plant milks

Oat has been a game changer for plant-based milks, say both grocers and manufacturers. Compared to other dairy alternatives, oat milk is more nutritious – loaded with fibre, iron, calcium and vitamin D – and requires less water and emits significantly less greenhouse gas emissions to produce. Oat milk is also creamy, making it ideal for morning cups of java. “That had been the last bastion for dairy – coffee, even among those who had converted to plant-based milks otherwise,” says Brittany Hull, vice-president of marketing at Vancouver-based Earth’s Own Food Company. “Oat milk has the texture and taste that enables people to continue their coffee habit. We are seeing amazing growth with it.” Eco- and health-focused grocers like The Big Carrot and Goodness Me! Natural Food Market tell Canadian Grocer that oat milk is outpacing everything. “It has taken off above and beyond anything else,” says Robin Langford, product category manager at Goodness Me! While almond is still the leader among plant-based milks, it has suffered of late from price hikes and negative press that it requires a lot of water to make.

Dairy milk is ramping up on innovation. The category has expanded into ultra or microfiltered milks such as Neilson TruTaste and Fairlife ultrafiltered milk. Both claim a longer shelf life than regular pasteurized milk without using preservatives, and TruTaste says its microfiltration process creates a creamier milk. Newer on the block is a2 Milk, a brand that Burnaby, B.C.-based Agrifoods Cooperative licensed from a company in New Zealand and launched in Canada in late 2020.

“A2 milk comes from cows that naturally produce only the A2 protein, which research has shown to be easier to digest than conventional milk, which contains A1 and A2 proteins,” explains Agrifoods’ Pearson. A2 Milk has expanded its reach and can now be found in 1,200 stores across Canada, including Goodness Me! in Ontario.

“We put some on our shelves shortly after it launched, and we continue to see it grow,” says Langford.