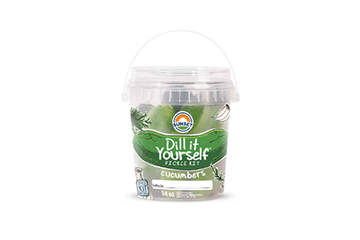 Central Florida was still feeling the impact of Hurricane Michael during the Produce Marketing Association’s Fresh Summit last weekend in Orlando, but that didn’t stop a record number of industry executives from attending the conference.

In fact, one of the themes during the event was the comradery and support the produce business shows during crises like Matthew, with a Red Cross drive and related non-profit programs promoted during the event.

Still, Fresh Summit is always about growing fruit, vegetable and floral sales and the 2016 version was no different.

More than 20,000 attendees from 65 countries visited the show, with many exhibitors focusing on the changing demographics of the North American shopper. In addition to the organics and GMO-free products that have been increasingly important to food retailers, the expo floor was packed with ethnic foods from the far reaches of the planet.

Frieda’s, a specialty produce importer in Los Alamitos, Calif., always has a wide variety of fresh Asian and Latin products, and this year didn’t disappoint. Purple is apparently the color of the moment for fruits and vegetables, with purple cauliflower, asparagus and peppers on display at the Frieda’s booth. The other big hit at the show was Jackfruit, which is the size of a small watermelon and tastes like a combination of mango, banana, and melon, according to company executives.

Canadian growers and marketers also were active in promoting the latest varietals on the exhibit floor this year, showcasing both Asian and Latin products as well as organics.  Organzo, a vegetable marketer in Beloeil, Que., ben growing Asian vegetables about four years ago and has dramatically expanded the commodities sold in the latest year, responding to consumer demand.

“Supermarkets don't have the variety of vegetables and fruits that many ethnic consumers demand, so they're not taking advantage of those opportunities. Plus, traditional customers are always looking for something new,” said Julie Nichols, president and founder of Organzo.

She suggests that retailers pair well-loved products like carrots and cabbage with newer items like daikon and Chinese chives in cross marketing programs.

Ron Lemaire, president of the Canadian Produce Marketing Association, agrees it’s critical for retailers to be aggressive in matching the needs of growing ethnic populations and the divergent desires of millennials.

“We are seeing new products that extend the reach into the ethnic category, which shows that consumers are expanding their taste profiles to include more exotic fair," said Lemaire. This, combined with millennials and the boomers demanding more local food, is helping us increase our position on the plate."

The award recognizes exceptional produce and floral packaging that demonstrates innovation and makes an impact on consumers.

Sunset Produce, based in Kingsville, Ont. won for its Dill It Yourself Pickle Kit (pictured), and Mucci Farms, also from Kingsville, won for both its CuteCumber Flow Wrap Re-seal and its Smuccies Sweet Strawberries Top Seal Tray.

Mastronardi and Mucci Farms also had products that made it to the final round of judging, as did NatureFresh Farms and Pure Hothouse Foods, both of Leamington, Ont.