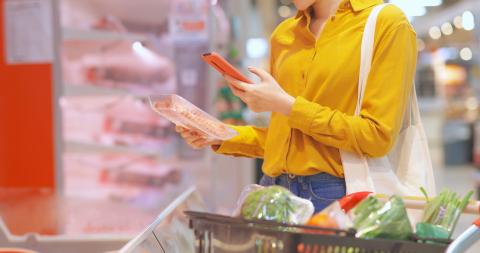 Once dismissed as “dinosaur technology,” the past year has seen QR codes explode back into public consciousness, with articles in both the trade and mainstream press variously presenting them as the “comeback kid,” and describing their unexpected renaissance as a “global sensation” (for better, and for worse).

While restaurateurs have adopted QR codes en masse, they are also popping up with increasing frequency in retail environments, with Forbes noting last year that they are playing “an increasingly crucial role” in the sector.

But there is often a disconnect between what the media says, and how consumers behave. That prompted consumer research company Field Agent Canada to ask if QR codes really are the next big thing, or just another flash in the scan.

In its survey of 3,965 Canadians, Field Agent found that about one-third of shoppers have used a QR code in the past month, although almost half indicated they would like to see them used more often in stores.

“The overall adoption rate is pretty low versus the proliferation [of QR codes] in retail,” says Field Agent Canada general manager Jeff Doucette. “Every week there are new examples on displays, and signage and packaging.

“The brand and shopper marketing teams are really adopting them, but with only about one-third of Canadians actually using them in-store, the danger is relying on QR codes to do the work when two-thirds of people are not using them.”

That means brands need to be cognizant of the audience they’re targeting, and whether QR codes make sense as a communications strategy. “If you’re targeting 18- to 24-year-olds, put as many QR codes as you want out there,” says Doucette. “But if you’re dealing with a group that might have less adoption…you have to think about that and not just rely on the QR code as a crutch.”

Doucette said the numbers are likely attributable to the availability of QR codes in a given location, noting that QR code technology is being deployed more frequently in grocery environments. “[Consumers are] using them in grocery stores not because it’s a more logical place to do it, but because there are more actual QR codes [there],” says Doucette.

As to what prompts consumers to use QR codes, promotional displays account for 63% of interactions, ahead of shelf signage (40%), product packaging (36%) and receipts (14%).

When it comes to how people are using QR codes, 55% of respondents said they use them to obtain product information, which ranks just ahead of people using them to obtain contest information or entry (51%), and using them to complete a survey or provide feedback (33%). Other uses for QR codes include checking if stock is available (21%) and placing an order (19%).