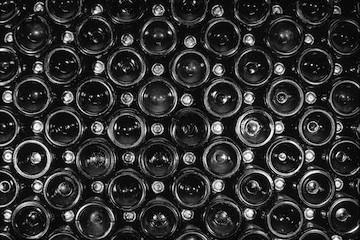 Quebec wine producers say decades of government regulation and bungling have made it impossible for them to profit—for now, at least—from a new law that permits them to sell their products in the province's grocery stores for the first time.

But officials with Quebec's food retailers' association, which championed the changes contained in the new law, say the criticism is just sour grapes and that wine makers should focus on the longer term.

"Sure it's good news, but it was ten years too late in coming," Yvan Quirion, president of the Quebec Winegrowers Association, said about Bill 88.

Introduced in mid December, Bill 88 allows the roughly 125 Quebec vintners with artisanal licenses to deliver and sell their wines to the province's grocery permit holders.

Quebec-made wines could only previously be purchased at wineries and in government-owned liquor stores, or SAQs.

The new law also modifies a labeling rule that prohibited wine sold in grocery stores from having labels with information on origin and the type of grape used.

It also permits microbrewers to now sell beers for consumption elsewhere to people who visit their breweries.

"It was essential to modernize our legislation in order to support artisans, by opening doors to new points of sale that will allow them to shine," Quebec Finance Minister Carlos Leitao said when Bill 88 came into effect on Dec. 21.

Days earlier, grocery giant Metro announced that it had signed supply deals with a half-dozen of Quebec's biggest wine makers.

"Since the launch of our buy-local program in 2013 we are working to optimize the accessibility and promotion of local products," Marie-Claude Bacon, Metro's director of corporate affairs was quoted as saying in a press release. "We can't wait to begin applying this principal to Quebec wines and to help our customers discover more local products."

The problem, says Quirion, who is one of his association's largest producers, is that no Quebec vintner has the production capacity needed to fully supply a major chain like Metro.

"At best there are five or six who could maybe supply 50-70 stores on a regional scale," he said.  "I've been getting calls and emails every day from grocers looking for product.  But I simply don't have extra inventory, nobody does."

"We're a drop of water in the ocean," said Quirion.

He blames restrictive government policies for stunting the industry's growth in Quebec.

"We are decades behind Ontario and British Columbia, which produce as much as 100 million bottles," said Quirion.  "Even Nova Scotia has surpassed us."

He said the suddenness of Bill 88 has left Quebec vintners flatfooted.

"It will take us five years to build the capacity needed to supply Quebec grocery stores, likely longer," said Quirion.

However the vice-president of the Association des détaillants en alimentation du Québec, which represents some 8,000 food retailers in the province, says the vintners are taking the wrong tack in regards to Bill 88.

"We lobbied for this law for a decade in order to give the same access to winemakers and craft alcohol makers that bakers and cheese makers and other Quebec producers enjoy," said Pierre-Alexandre Blouin.

Instead of lamenting their current inability to supply big and centralized distributors, Blouin said wine makers should instead steal a page from the fabulously successful development stories of food giants Agropur and Saputo and think small.

"It takes time to build a retail market," he said.  "They should make deals with local grocers and grow slowly in step with their production capacity."